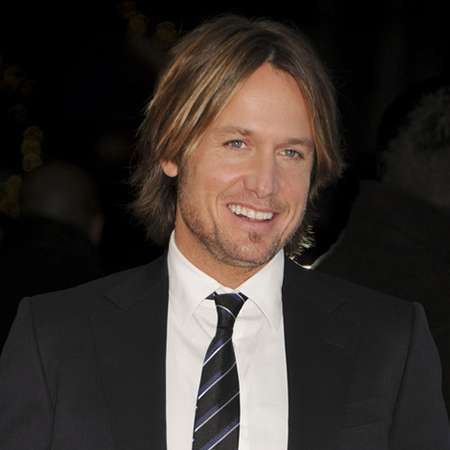 A Grammy-award winning country music singer Keith Urban is also one of the well-known songwriter and guitarist. The multiple prestigious accolades winner rose to stardom and gained worldwide fame after he released his first self-titled album in 2000. And the following year, he also became the CMA's "Top New Male Vocalist." The artists' evergreen albums include Golden Road, Be Here,  and Fuse as well. He also became a new judge for season 12 of the popular singing-competition show American Idol, in 2012.

Keith Urban was born Keith Lionel Urban was born on October 26, 1967, in Whangarei, New Zealand. He is the son of Marianne Urban and Robert Urban. His Parents Moved to Caboolture, Queensland, Australia when he was two years old where he was raised up.

As a child Urban learned guitar from Sue McCarthy. At that time, he also performed in several local competitions as well as in a local theater Company. Keith attended Sir Edmund Hillary College, in Otara, South Auckland.

In 1983, Urban competed on the Australian TV talent show New Faces. He holds Australian nationality and ethnicity wise, the is a White.

Keith Urban released a self-titled debut album in 1990. And four singles have been from the album and all of them became hit on the charts. In 1992 he moved to the United States and worked as a session guitarist before starting a band called The Ranch. The band recorded one studio Album with the record label Capitol Nashville.

Urban made his solo American debut with the album Keith Urban in 1999. The album gained a lot of attention and success as well as was a platinum certified in the U.S.  “But for the Grace of God” from the album was number one on Hot Country Songs. “Somebody Like You” from his soph 0re album Golden Road was also declared as the biggest country hit of the 2000-2010 decade by Billboard.

Urban's third album was “Be Here” and songs from the album also topped the charts becoming his highest selling album which earned a 4× Platinum certification. In 2006 he released yet another album Love, Pain &the Whole Crazy Thing. “Once in a Lifetime” and “Stupid Boy” from the album were again ma s sive hits.

Urban has released altogether of nine studio albums. The latest one was released is Fuse in 2013. Besides electric and acoustic guitar he plays banjo, ba s s guitar, mandolin, piano, sitar, bouzouki, and drums. He is a coach on the Australian version of the famous singing Competition The Voice and he is also known for his role as a judge on American Idol.

Keith Urban has earned a tremendous amount of net money from his successful music career. According to Celebrity Net Worth, Urban has an estimated net worth of around $75 million and his annual salary is around $5 million.

Urban also became a judge on American Idol from 2012 to 2016. According to The Associated Press, the pulled a big paycheck of around $6 million for one season of the show.

Urban also bought the home in Nashville for $4.9 million and also has a  $4.7 million mansion in Beverly Hills. In the year 2008 Forbes reported that Urban also purchased a 110-acre farm outside Sydney for $4.8 million. The property also boasts a six-bedroom home which was originally built in 1878.

In January 2005, Keith Urban and actress Nichole Kidman met at G’Day LA, which is a Hollywood event honoring Australians. They reportedly started dating six months later and married on Sunday, June 25th, 2006. The two tied the knots at the Cardinal Cerretti Memorial Chapel in Sydney.

Urban and his wife Kidman have also two daughters named Sunday Rose Kidman Urban (born 7 July 2008) and Faith Margaret Kidman Urban (born 28 December 2010).  The couple has been together for a long time and there is no any sign of divorce.

Keith got himself checked in to the rehab facilities at Betty Ford Center in California on 19 October 2006 and got out clean on January 18, 2007.