Save My Ink Forever: You Can Keep The Tattoo Of Your Loved Ones Framed After Death 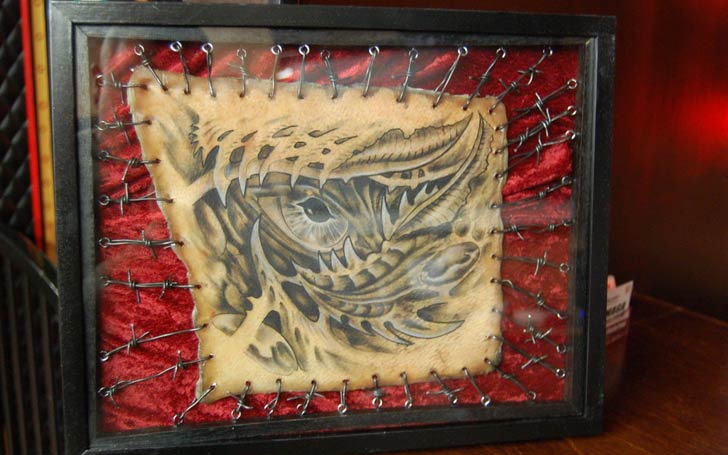 Many of us want to keep the souvenirs of our loved ones who've died which have intimate connections with us from their letters to jewelry. What if we could keep their tattoo as well!!

It may sound bizarre to you, but it is possible. The technique is first discovered in the United States of America, and it's been preparing to launch in overseas as well. 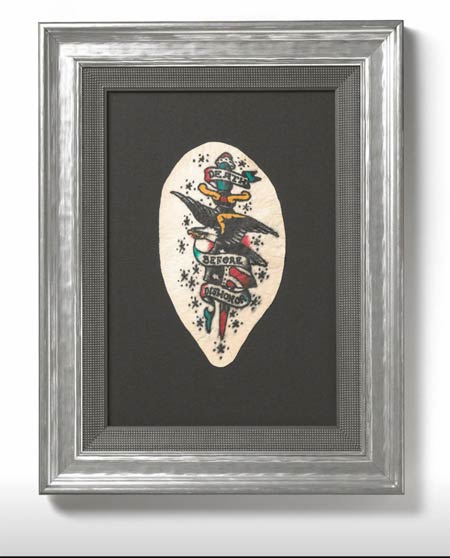 CAPTION: Framed tattooed skin of a person after death  SOURCE: The Huffington Post

A team of funeral directors launched a business which allows the family members to keep the tattooed skin of their beloved after they passed and displayed it as art.

Save My Ink Forever has served hundreds of customers in the USA since its launching last year, and it is seeing to extend its client base overseas.

Kyle Sherwood along with her father Mike and another friend, who is also a funeral embalmer has been running the business. According to the reports, the trio came up with the idea after a casual talk with their friends in the funeral business about post-death mementos. 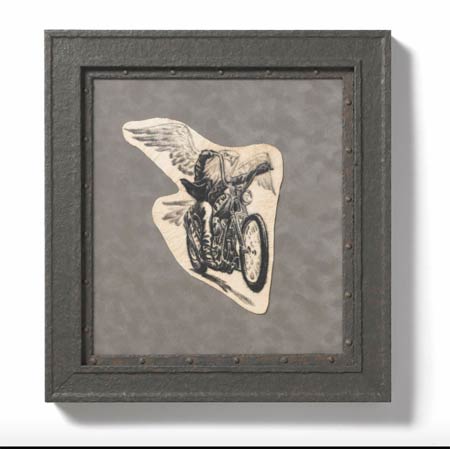 All of our tattoos have deep meaning-meaning enough to put it on ourselves for life to proudly display.

So we thought, well what happens when you die? These works of art that mean so much to the individual and the family are gone forever. They are either buried or cremated, never to be seen again.

The group can preserve tattoos as simple as hearts to ornate full back pieces and the cost to keep the tattoo vary depending on the size of the piece, but according to the reports the cost usually in the region of $1,000 (£795).