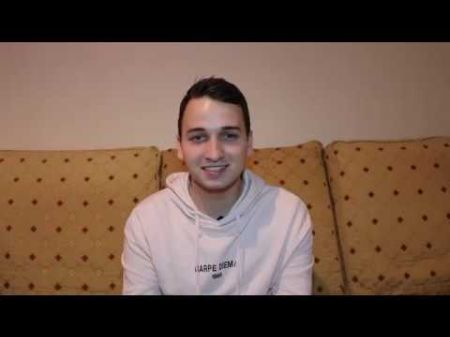 Yani Xander is a famous Bulgarian actor who first came to the spotlight for portraying Alex on the TV series Bad Cramps. Similarly, he is also known for his roles in B309, Ghosts, and Alex Rider.

When and Where Was Yani Xander Born?

Yani Xander was born Yani Aleksandrov on January 16, 1997, in Burgas, Bulgaria. By nationality, he is a Bulgarian. However, his parents details are not available so, his ethnicity is also not known.

Yani was only 19 when he decided to move to the United Kingdom. Finally, he went to London to pursue his acting career and had training at Anthony Meindl's Actors Workshop (AMAW).

Xander began his acting career playing Rex in the short-film Different League. Since, 2017, he is active in the entertainment industry and has appeared in numerous movies and TV shows.

In Yani's debut year, he played Officer Vallejo in an episode of the TV series documentary, The Real Story of..., and Hayden in the short-film, Alice and Jack. In 2018, he became a part of films and series: Refuge Point, The Faction of Farce, and Bad Cramps.

The next year, in 2019, Different League actor Xander portrayed various roles in movies and television shows such as Erra gulabhila govindu, Virtually History, Hey You, and B309. 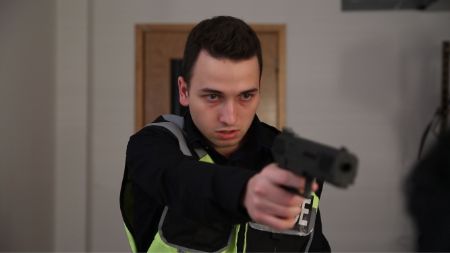 Since 2019, Yani is starring as Humphrey's Body on BBC One sitcom Ghosts along with Charlotte Ritchie, Mathew Baynton, Simon Farnaby, Lolly Adefope, Laurence Rickard, and others. Later, he would appear in 2020 onwards post-production movie, Aadat Diaries.

Besides that, Alex Rider actor has served as miscellaneous crew in Speechless, Men in Black: International, and B309. Also, he worked as cinematographer in the film Refuge Point. He even worked with camera and electrical department on the TV series The Series of Man.

How Much Is His Fortune?

To date, Bulgarian actor has altogether in 14 acting credits. There is no doubt, he earns a good sum of dollars for his works in his movies and series. As per some reliable online sources, Yani Xander has an estimated net worth of $400,000 in 2020.

What Is His Current Relationship Stauts?

Ghosts star Xander hesitates to talk about his personal life with the media. He is successful in always keeping his private details under wraps. As of 2020, the relationship status of the actor is not clear.

Neither Yani is spotted with anyone nor he has talked about his girlfriend or partner in any of his interviews. Also, he is not active in any social medias so, it is really difficult to know if he is single or dating at the moment.