Yahya Abdul-Mateen II is an American TV and movie actor. The 33-year-old actor worked as an architect and city planner before turning his talents to acting. He has starred in such movies as Baywatch, The Greatest Showman, and Aquaman.

Yahya was born on July 15, 1986, as the youngest of six children born to a Muslim father, Yahya Abdul-Mateen I, and a Christian mother, Mary. Born and raised in New Orleans, Louisiana, his family moved to Oakland, California. He attended McClymonds High School. He also attended the University of California in Berkeley, California, and performed as a hurdler. He graduated with a Bachelors’ Degree in Architecture and worked as a city planner in San Francisco.

He changed his career path shortly after and started pursuing a Masters in Fine Degree from Yale School of Drama in New Haven, Connecticut.

Rise To Stardom From Baywatch, The Greatest Showman, and Aquaman

Yahya started performing in his university’s theatre plays. He made his on-screen debut in 2012 in the short movie, Crescendo. After appearing as Duane in the 2017 mystery-drama, The Vanishing of Sidney Hall, he landed a recurring role as Clarence "Cadillac" Caldwell in the musical-drama TV series, The Get Down.

He gained widespread recognition when he landed a role in the 2017 action-comedy, Baywatch starring Dwayne Johnson, Zac Efron, and Alexandra Daddario, among others. He played a police officer, Sgt. Garner Ellerbee in the movie.

He subsequently earned a role in the Hugh Jackman, Michelle Williams, and Zendaya-led 2017 musical biographical film, The Greatest Showman, as a hand-to-hand acrobat, WD Wheeler. 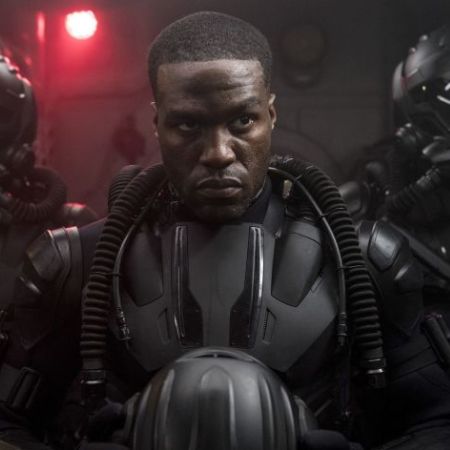 2018 was a big year for Yahya, as he appeared in three blockbuster movies, namely the road-trip comedy-drama, Boundaries, DC’s superhero movie, Aquaman, and the horror movie, Us.

As of now, he has been working in HBO’s TV adaptation of the graphic novel of the same name, Watchmen and the British science-fiction anthology-drama series, Black Mirror.

As of 2019, Yahya Abdul-Mateen II is estimated to be worth more than $2 million. The former architect-turned-actor had already ama s sed quite the fortune over his tenure as a San Francisco-based architect, making approximately $76 thousand a year.

Who Is Yahya Abdul-Mateen II Dating?

Yahya may be one of the actors on the rise, but his personal life remains a mystery to the general public. He has stayed clear of the rumor mill and is currently not involved with anyone romantically.

He is on Instagram, and with 86k followers, Yahya shares aspects of his personal life.