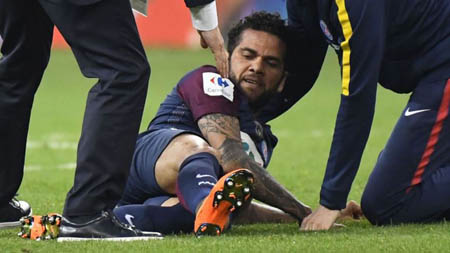 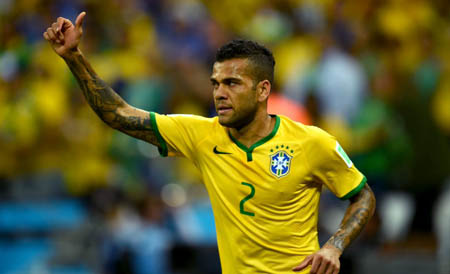 Brazilian star, Dani Alves faces a race against time and hopes to be fit for the World Cup which starts on 14th June. 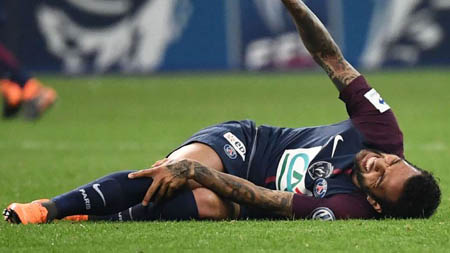 Dani Alves suffered a knee injury that sparked he could miss Brazil’s trip to Russia next month. The PSG right-back was withdrawn from his side’s 2-0 Coupe de France final victory over 2-0 Les Herbiers on Tuesday with ligament damage, causing panic for coach Tite and his staff.

However, on Wednesday a spokesman for the player confirmed he is not at risk of missing the World Cup, with an expected recovery period set at around 21 days.

The Brazilian national team's press office confirmed via a statement after the game that Alves has suffered a sprain to his anterior cruciate ligament, however it won't require surgery.

"His condition requires a minimum of three weeks of care before re-evaluation."

Coach Tite will name his squad for World Cup 2018 on May 14 and the right-back is set to be a part of the traveling party, albeit with a small chance of missing his side's opening game versus Switzerland.

The players are due to report for training in Brazil on May 21, with pre-tournament Brasil Global Tour friendlies against Croatia and Austria set for June 3 and June 10 respectively.

The Selecao kick-off their World Cup campaign on June 17.