Where is Randy Orton's wife Kim Marie Kessler right now? They got married in 2015. 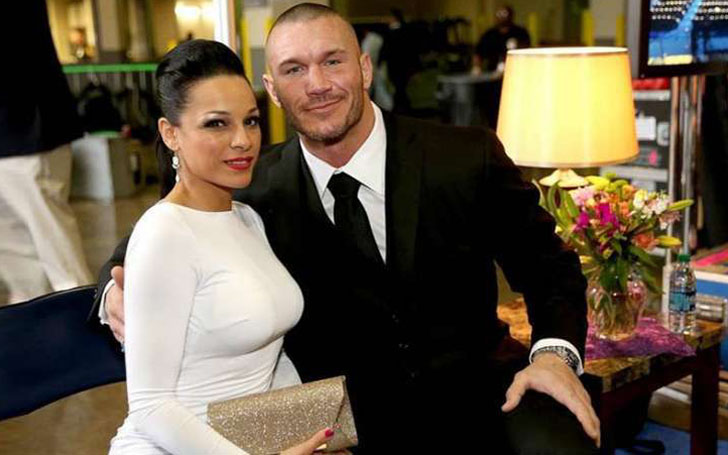 Kim Marie Kessler is the second wife of popular American professional wrestler and occasional actor Randy Orton. Orton performs on the SmackDown brand. How their married life is going and does they have any child?. Stay with us to know everything about their married life.

Before being married to Orton, Kessler was a WWE viewer and  Randy Orton's Crazy fan.

In an interview on the WWE Network’s Unfiltered with Renee Young, Kessler said:

“In my brain, way before I met him, he was my boyfriend,”

“So he was all over my house way before I met him.”

Orton confirmed it and said that at first he figured Kim Marie was exaggerating how much of a fan she was, but then he visited Kessler’s family and they told him the same stories.

It's a dream to marry your icon. And Kim is living it right now. She has given all the fangirls, and guys so much hope by marrying her icon.

As to where she is right now or what Kim is doing, well, she is still married to Randy Orton. And, as the couple welcomed a new baby girl, Kim Marie Kessler must be busy raising her daughter, Brooklyn Rose with her husband, Randy Orton. Kessler and Orton first crossed paths while Orton was at a WWE event in New York, where Kessler resides.

Kessler’s husband Orton was the one to approach her, being nervous to ask her name despite the fact that she was the fan.

On July 5, 2015, Randy revealed on Twitter, he and his girlfriend Kim Kessler are engaged.

The tweet marked Orton's second marriage as he wedded Samantha Speno in 2007, the couple split in 2013. Kim and Randy Orton have four children from their previous relationships, Kessler has three boys, and Orton has one baby girl.

Kim’s husband Orton also has a tattoo on his first daughter’s name, Alanna Marie Orton on his arm, including her birthday in Roman numerals.

Orton gets along quite well with Kessler’s three sons, especially Anthony. Orton says that his daughter Alanna has a great relationship with her stepsiblings.

Randy Orton and Kim Kessler have one daughter together, Brooklyn Rose Orton, she is Kim's fourth child and Orton's second.

WWE wrestler, Randy Orton proposed  Kim Kessler in July 2015, with a candlelight dinner while they were on a vacation in Bora Bora.

Randy and his wife Kim have been sharing a beautiful marital relationship with no divorce rumors.

Kessler’s husband Orton revealed on Unfiltered that he hid the ring under a napkin and planned to propose while he and Kessler were dancing.

But, when he took the ring out and went dancing with Kessler, he got super nervous about where to keep it. He ended up dropping it in his pants in fear that he might lose it.

Orton also mentioned that when he asked Kessler to marry him, she started laughing immediately. Kessler obviously said yes, the holy matrimony took place in 2015, in Las Vegas, Nevada.

And now the couple keeps on reminding each other how much they love each other.

Daddy got down in the kitchen. ?? ?? @RandyOrton good job honey ??just another reason why I love you ? pic.twitter.com/v0E8lznWkO

The whole family attended the wedding ceremony, Kessler’s three sons and Orton’s daughter witnessing their parents tie the knot. In November of 2016, the couple revealed that Kim Kessler is currently pregnant.

The couple has been sharing the wonderful married life and currently resides in St. Charles, Missouri.

Randy previously married to his ex-wife Samantha Speno from 2007-13. The couple has also a child, a daughter named Alanna Marie Orton, was born on 12 July 2008. Even after their divorce, the two still look very comfortable with each other.