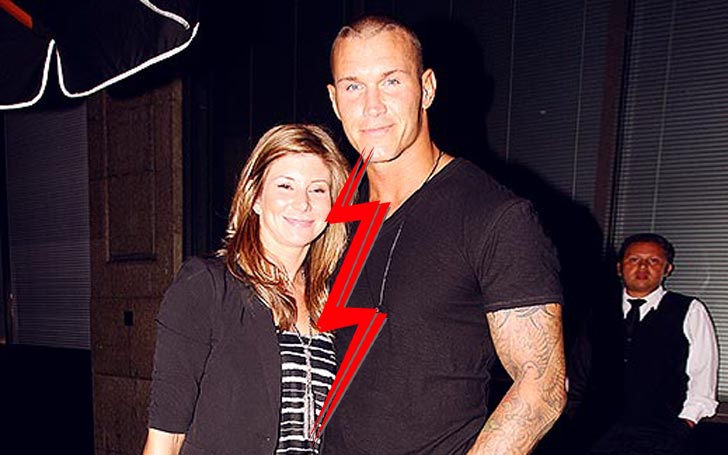 If you are a wrestling fan, when I tell you I am talking about a hunky guy with skeleton tattoo's all over his arms and a well-built body, you've already figured out who. Randy Orton, it is! all time. A successful and strong player in the wrestling ring, Orton, doesn't have an exactly happy married life history.

Randy Orton currently lives with his second wife Kim Marie Kessler and their little daughter, Brooklyn Rose. Orton and Kessler got married on Nov 14, 2015, after Orton got divorced from his first wife, Samantha Speno, in 2013, after 6-years of marriage!

Randy Orton first met Samantha Speno in a bar. Both of them were attracted to each other and later went on to date. Their dating turned into a serious commitment when the couple got engaged in 2005. Randy Orton and Samantha Speno got married in 2007. Randy and his ex-wife Samantha

They were living happily and were blessed with a beautiful daughter(Alana Marie Orton)within one year of their marriage. Everything seemed perfect,  it definitely wasn't though as Randy Orton and his first wife broke the news about their separation in 2012 eventually getting divorced in the year 2013.

According to TMZ, the reason behind Randy Orton and Samantha Speno's marriage as stated in their legal papers was "irretrievably broken". The couple supposedly had an amicable split.

They do visit each other still, as Orton visits their daughter whose custody Speno won. According to their divorce settlement deal, Orton is paying $4500 monthly for child support.

Randy Orton is Happy in his Second Marriage

After the cold freezing winter there comes the warm sunny spring as it did for Orton. The warm sunny Spring in Orton's life we're talking about here is Kim Marie Kessler, his current and second wife. They first met at a WWE event in New York where Orton first approached Kim. Long story short, the couple fell head over heels for each other and got married in 2015. Randy and Kim with their kids

Soon after their marriage, Randy Orton and his second wife Kim were blessed with a little girl(Brooklyn Rose). ''The Viper'', Randy Orton, currently lives with Kim, her three sons, and their daughter.