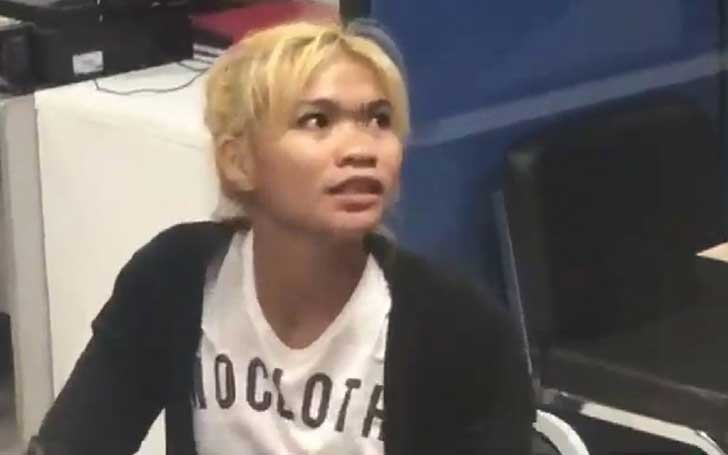 We often hear some misunderstanding leads husband and wife into a verbal war, and sometimes they get down to the physical fighting as well, but cutting spouse's organ due to a small reason, it's not usual.

On July 2nd, in Si Racha, Thailand, a jealous wife cut off her husband's penis with a 12-inch-long carving knife and threw it out of the window after finding his secret affairs.

The 24-year-lady, identified as Karuna Sanusan told police that she waited until her husband fell asleep and then she aroused his genitals until it got hard and slashed with the kitchen knife.

Sanusan then threw the detached penis from the window while she left her husband in the blood pool. The neighbors who heard his screams called the police who arrived the scene and took him to the nearby hospital with keeping the damaged penis in an ice box, but the surgeons said that it couldn't be rejoined.

CAPTION: The victim is being taken to hospital from his home SOURCE: Mirror

Where Siripan was rushed to the Samitivej Sriracha Hospital, his wife Karuna was held in the police custody. Karuna, who is actually from Cambodia, stated the incident to police as,

Me and my husband work together selling organic vegetables at a stall. Before this happened I became suspicious he was having an affair. I always saw him flirting with a lot of girls and I had an idea of what he was doing.

Then I found out that he was secretly going with other women. This made me very angry. I was full of anger and couldn't relax. I was so angry inside. I planned to do this. I aroused him in the morning while he was absent-minded, then used the knife to cut off his penis. I threw it out of the window.

Somkid Boonlert, the Police Colonel said that the officers received an emergency call regarding a penis being cut off with a knife. When they took the man to the hospital, the doctors reportedly said his penis couldn't be reattached as its cells were already dead because it was left detached for a long time and also claimed that he would be disabled for rest of the life.