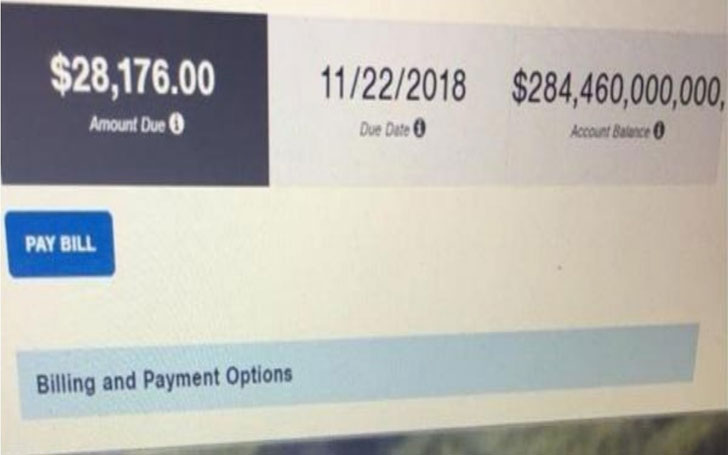 What would you do if you have $284 billion?? You'd possibly do whatever you've planned for your lifetime, or you will go and buy an island and spend your life traveling all around the globe.

Horomanski, a Pennsylvania woman, was checking her electricity bill online after Christmas 2017 which left her speechless. She almost caught a cardiac arrest when she looked the monitor displaying an account of ''284,460,000,000,'' with a previous payment due of $28,176.

Mary Horomanski with her husband

The 58-year-old Pennsylvania housewife told The Washington Post, "I opened it up, and there it was." Horomanski began counting the zeros, then taking her gla s ses off and putting them again, but it was exactly what she saw at first.

It wasn't due until November of 2018. It was like, well, I guess we have a year to come up with this billion-dollar bill.

Her husband and one of her five sons were with her while she checked the bill who asked her if she was OK! She recalled Tuesday after Christmas,

I am looking around the room and they're looking at me now, 'cause I've got this funny look on my face. When you see something like that, your heart starts beating, you break out into a little sweat, like, 'What on Earth just happened?

Later, Horomanski sent the photo of the bill to her eldest son, who immediately contacted Penelec, their electric company. The Penelec immediately a s sured him it was their mistake. The Penelec rea s sured him that the correct amount was $284.46 which was still a high amount as compared to previous month's bill of $161.

Horomanski also sent that picture of the bill to Erie Times-News, a local newspaper. The newspaper wrote about the mistake in a story which went viral.

A spokesperson for First Energy (Panelec's parent company) told the Erie TImes-News that they were unknown what caused the blunder. He said,

I can't recall ever seeing a bill for billions of dollars. We appreciate the customer's willingness to reach out to us about the mistake.

Meanwhile, Horomanski said her friends have been texting her telling that her surreal electric bill has appeared in the widely popular magazines like Times Magazine, The New York Post.