What's actress Nicole de Boer Net Worth? Find Out her Sources of Income 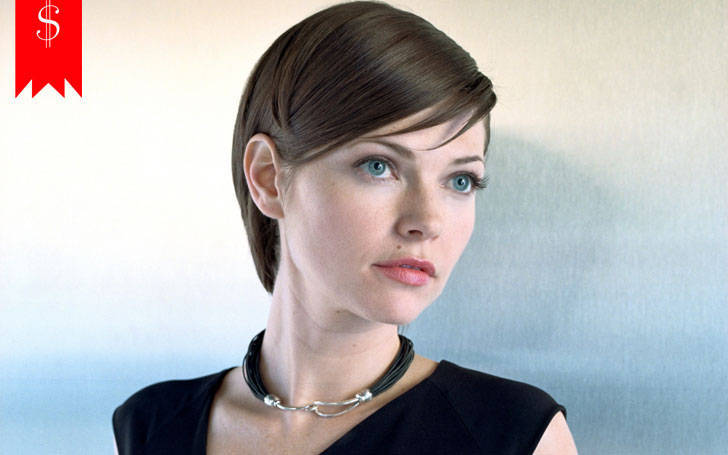 Nicole de Boer is a Canadian actress and model best known for portraying in the cult movie Cube as Joan Leaven. She has featured in the Ezri Dax on the final season of Star Trek: Deep Space Nine and as Sarah Bannerman on television series The Dead Zone from 2002-2007.

De Boer starred as a guest on Chill Factor, an episode of the series TekWar based on William Shatner’s novel. She has also worked with Hans Beimler on both Beyond Reality and TekWar.

Nicole de Boer’s Net Worth, Salary, and Source of Income

Nicole de Boer is net worth is $4 million. After some years of inactive in acting, she has played in two movies and a television series in the year 2016. However, as she is an actress, we can assume that her net worth must be in millions.

De Boer has maintained privacy about everything related to net worth and salary. She is yet to reveal the properties owned by her such as house, car, etc. The main source of her net worth is her income appearing in the movies and television series.

Nicole's major source of income is her work in movies and TV series. In the year 1997, she was a cast in the movie Cube which racked up over $9 million against $350k budget. Sources also reported that she owns a house in Toronto and Los Angeles. She is paid around $51,000 a year.

Nicole de Boer is a Canadian actress best known for her role in Star Trek: Deep Space Nine and The Dead Zone. She debuted with an uncredited role in Freddy the Freeloader’s Christmas Dinner starring Red Skelton and Vincent Price. She appeared in CBC series 9B as a first major role and later appeared in The Kids in the Hall followed by Brain Candy.

De Boer is most known for her roles as Ezri Dax on Star Trek: Deep Space Nine, and as Sarah Bannerman on The Dead Zone. She appeared in the series Stargate Atlantis as Dr. Alison Porter and in Haven as Marion Caldwell.

The actress previously married to John Kastner. The couple has also a child, a daughter Summer Lee Kastner, born in January 2007.