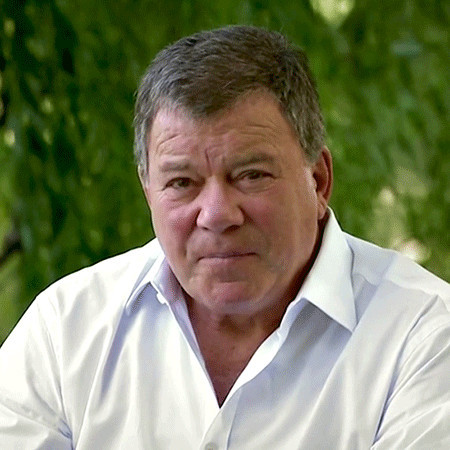 Emmy-Award-Winning William Shatner is a legendary Canadian actor known for his role as Captain T. Kirk in the Star Trek franchise. Cultural icon William Shatner is known for his clipped and dramatic narration. Along with his decade-long career, Shanter also has been adorned with numerous prestigious accolades and awards. Besides fame, the acclaimed actor definitely holds a huge net worth.

William Shatner is a son of Anne and Joseph Shatner, born on March 22, 1931, in the Notre-Dame-de-Grace, Quebec, Canada.  His father was a clothing manufacturer. He has two siblings, two daughters, Joy and Farla.  He is from a Jewish line. He was raised in Conservative Judaism.

Although he was good at acting he has completed his Bachelor in Commerce degree in Economics from McGill University Faculty of Management. The University awarded him an honorary Doctorate of Letters in 2011.

Self Made Actor Career In Detail

William Shatner started working as the business manager for Mountain Playhouse located in Montreal, after graduating from the University in 1952. In early 1954, he started performing at the Stratford Shakespeare Festival in Ontario. He used to appear in minor roles in theatrical performances.

William Shatner made his film debut in 1951 from a Canadian film Butler’s Night Off. However, his feature role is regarded to be in the MGM film The Brothers Karamazov in 1958. The years of the 60s seemed fruitful for him. He has appeared in several of the 60s movies such as Judgment at Nuremberg in 1961, The Intruder in 1962, The Outer Limits in 1963.

It was in 1966 when William Shatner landed the role of James T. Kirk in the Star Trek. He was contracted to play in the three series of Star Trek from 1966-1969. The series became a bonafide cult cla s sic acc u mulating fans and praises from around the globe.

After the series got canceled in 1969, it was hard for William Shatner to find a job. He lost his home and lived in a truck bed camper having very little and few acting prospects.  William started getting small jobs which later blessed him with higher-paying roles.

He then got roles in ‘schlock’ films such as Big Bad Mamma in 1974 and the horror film The Devil’s Rain in 1975. William then started to appear in television shows, commercials as well as became the brand endorser.

During the mid-70s, Star Trek resurrected and the character Captain T. Kirk became a cultural icon. He began appearing in the Star Trek conventions. In the later 80s, William Shatner’s career took a turning point as Star Trek got a renewed interest in big-budget feature films. The Star Trek Series has become one of the most popular and hit series in the world in today’s context.

Not only confined to acting, but William Shatner has also written a series of sci-fi books. The TekWar series, Star Trek Series, War Series, Quest for Tomorrow series, Believe, and several other fictional and nonfictional books are authored by William Shatner.  William Shatner is an entertainment icon. He is an active, versatile, and talented personality.

William Shatner's net worth is $100 million at present. He earns a huge fortune and is paid a very high sum of salary from his work. He makes $150 thousand per episode.

There has been a lot of debate over the past few years over whether or not William Shatner made $600 million as the commercial pitchman for Priceline.com.

Being a cultural icon and involved in so many different projects, eighty-five years old William Shatner has received and been nominated for several of the awards.

Shatner sold his kidney stone for US$25,000 to GoldenPalace.com in 2006. In an appearance on The View on May 16, 2006, Shatner said the $25,000 and an additional $20,000 raised from the cast and crew of Boston Legal paid for the building of a house by Habitat for Humanity. He played in Boston Legal alongside James Spader, Candice Bergen, Monica Potter, Mark Valley, and more from 2004-08.

Does He Have a Daughter?

William Shatner, 85, is a married man. His personal life is full of ups and downs. He has been married four times to date and his name being linked with many actresses. He was married to his actress girlfriend, Gloria Rand. They got married in 1956.

He has three daughters with his wife Rand named Melanie Shatner, Lisabeth Shatner, and Leslie Carol Shatner. However, the couple got divorced in 1969 due to some odds aroused between them.

William Shatner married actress Marcy Lafferty in 1973, whom he met while working for Star Trek. The couple got divorced in 1996. They don’t have any children from their marital relationship.

His third marriage was to Nerine Kidd, an American actress in 1997 until her death in 1999. Shatner returned home on August 9, 1999, at around 10 pm to discover Nerine's body at the bottom of their backyard swimming pool.

An autopsy detected alcohol and Valium (diazepam) in her blood, but the coroner ruled the cause of death as an accidental drowning. The LAPD ruled out foul play, and the case was closed. She was 40 years old at the time of her death.

Currently, William married his fourth wife Elizabeth Anderson Martin, on 13 February 2001, in a private wedding ceremony. Elizabeth also co-wrote the song "Together" on Shatner's album Has Been in 2004. Unfortunately, their relationship also did not last long and The Star Trek legend filed a divorce from his fourth wife on December 10, 2019. The couple married for 18-year before calling it quits.

Elizabeth also previously married Michael Gleen Martin in 1983. They were together until her first hobby pa s sed away in August 1997.

William Shatner is regular on social sites where he uploads his pictures and posts his updates. Currently, William is participating in the #checkyerbawballs awareness campaign by @CahonasScotland and is asking for support from his fans.