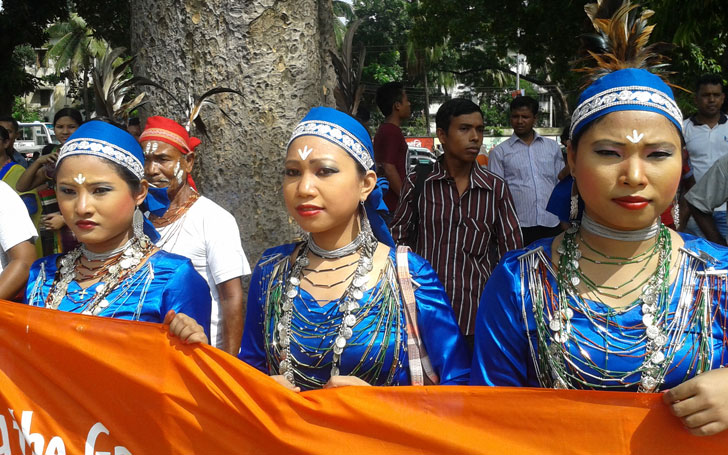 It is hard to believe a girl would share a bed with the same guy as her mother does but believe us it is true. Where some consider even thinking about a physical relationship with a father as a sin, there is a Bangladeshi tribe which has been following the weirdest culture for years.

It is a compulsion to consider her father as a husband in a typical Bengali tribe Mandi, a widow woman offers one of her daughters to a man of her dead husband's clan so that she could remarry her.

The Mandi tribes are also known as the Garos, are a Tibeto-Burman ethnic group inhabited in different areas of Bangladesh like Netrokona, Sherpur, Sylhet, Mymensingh and neighboring states of India like Meghalaya, Tripura, Assam, Nagaland. It is one of the few remaining matrilineal societies in the world.

Orola Dalbot, 30, is a rural Bangladeshi woman who shared her experience of marrying her stepfather. She grew up with her mother and stepfather Noten. Her father died while she was an infant, and her mother married Noten. Noten was a handsome and tall guy with a broad smile. Orola said,

I thought my mother was lucky. I hoped I'd find a husband like him.

When Orola turned young, she found which she hasn't even imagined in her dream. She learned that she was already Noten's wife. She got married to Noten when she was only 3, which occurred jointly with her mother. Orola said,

I wanted to run away when I found out. I was shaking with disbelief.

Orola's mother, Mittamoni, now 51, then forced her to accept the bizarre culture. She also disclosed that her mother was only 25 when her father died and she wasn't ready to spend her whole life single. Orola said,

My mother was only 25 when my father died. She wasn't ready to be single. I was too small to remember the wedding-I had no idea it had taken place. My mother already had two children with him. I wanted a husband of my own.

In the Mandi tribe, the widows must choose a man from the same clan as their dead husband for remarriage. When the male is much younger to the widow, she would offer one of her daughters to take over her duties when she turns young.