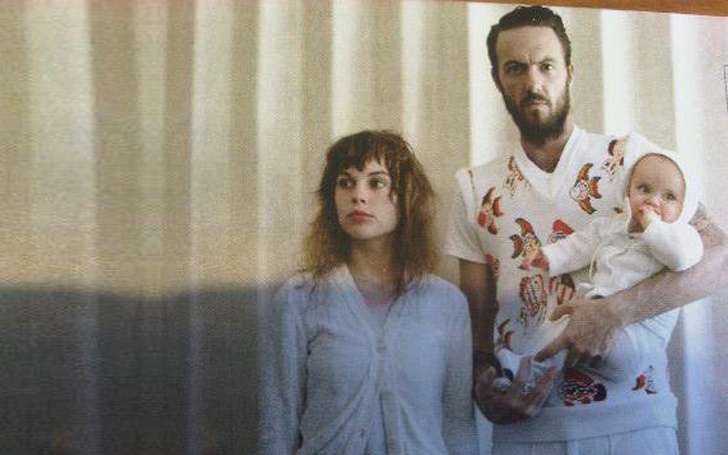 Anri du Toit, popularly known as Yolandi Visser, is a South African rap singer and is also the South African Zef-Rave-Rapper band, Die Antwoord. She is one of the most admired musicians in South Africa. She has set her stage name as ¥o-Landi Vi$$er. Visser is also famous among her fans for her dressing sense and her hairstyle in addition to her singing skill. Besides singing, she is also interested in acting. She has acted in the movie Chappie in 2015 where she played her own role. Besides this, she has acted in two short films called “Umshini Wam” and “Picnic”.

The famous South African singing star Yo-Landi Visser was born Anri du Toit on December 1, 1984, in Port Alfred, South Africa. She was adopted by African parents as a child-her father, Ben du Toit, was a priest and her mother was a homemaker. Visser never met her biological parents. She also has a brother who is also adopted by her parents.

Visser grew up in a conservative Afrikaans society and became rebellious as a child. She was enrolled at a local boarding school in Pretoria. After finishing school education at 16, she moved to Cape Town where she met Ninja.

Yo-Landi was pa s sionate about music since her early childhood. She was influenced by Nirvana, PJ Harvey, Nine Inch Nails, Cypress Hill, Eminem, Marilyn Manson, and Aphex Twin. She hardly knew about rap while she was a child, and had never thought she would flourish her career in singing.

Visser, however, developed her interest in singing after she met befriended Markus during her school days. She was a musician who would often record her voice to mix the sound into his track. After listening to those tracks, she became interested in creating music.

Visser shifted to Cape Town seeking a career in music where she met rapper Ninja, whose original name is Watkin Tudor Jones. Visser shared her songs recorded with Markus to Ninja following which, Ninja invited her to join his rap group. Since then, they have recorded many songs together and also released many albums.

Prior to joining Die Antwoord, Yolandi was a part of the music and art groups called The Constructs Corporation and MaxNormal.tv. She appeared in several music videos with the groups but her popularity increased, she became a musical sensation in South Africa after she joined Die Antwoord, a rap/rave group that consists of Ninja (Watkin Tudor Jones) and DJ Hi-Tek(Justin de Nobrega) beside her.

Along with her band member, Visser released their debut album titled $O$ in the year 2009. The album was turned out to be an instant hit. In 2016, they released their fourth album under the title, Mount Ninji, and de Nice Time Kid.

In 2009, a year after Visser joined the music group, she cut off sides of her hair and then she bleached her hair and eyebrows white which led her to become popular in a wide range both inside and out of South Africa.

Besides music, Visser is also an actress; has worked in a number of movies, including a self-styled role in Neill Blomkamp's 2015 film Chappie. In 2010, Yo-Landi was offered a lead role in David Fincher's adaptation of The Girl With the Dragon Tattoo which she rejected to focus on music where she also forced Ninja to refuse the lead role in Elysium.

Yolandi Visser's Salary, Net Worth, And Major Source Of Income

Yolandi Visser has a glorious career in both singing and acting. From her multiple professions, she earns a staggering amount of money. As of 2019, she has an estimated net worth of around $10 million, as per Celebrity's net worth.

Visser has also landed a number of major roles in many box office hit movies. The versatile personality also played a role in a 2015 dystopian science fiction action movie Chappie which became the hit at the box office grossing more than $102 million on a $49 million movie.

The couple started dating while Visser was still a teenager and a few years after their affair, Visser got pregnant with her first child with her boyfriend Ninja. They welcomed their daughter, Sixteen Jones in 2006. Along with her mother, Sixteen also appeared in many projects.

Sixteen also made her appearance in the music video of I Fink U Freeky at the age of seven and she is also a singer and songwriter and is part of a band. Yolandi also has another child, Tokkie Jones, a street kid whom she adopted in 2010 when he was nine years old. Yolandi is a proud mother of two children and she is a very good mother as well.

Watkin and Yolandi never got married, but the couple been together for years may not need marriage as they are already like husband and wife. She likewise manages to spend quality time with her family.

Visser is also quite popular on social media like Instagram where she has over 1 million followers, as of 2018.

The gorgeous singer and actress, Visser maintain her body figure which measures 34-25-35 inches. She stands at a height of 5 feet 1 inch and her body weight is 45 kg as of 2019.

Let's check out the interview of Yolandi Visser and Watkin Tudor Jones with the South African Zef crew, Die Antwoord before their gig at the Big Day Out in Auckland.