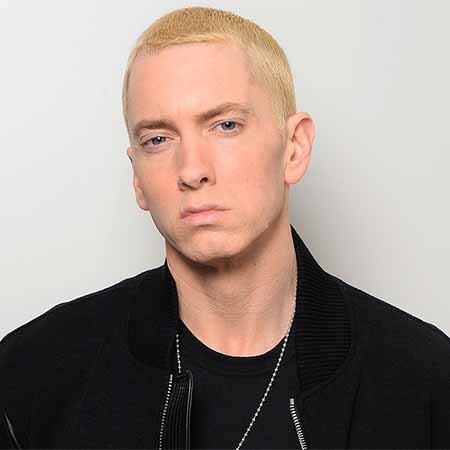 Eminem is one of the leading faces in the rap industry and is one of the world’s most popular rappers. He has been nominated for 43 Grammy Awards winning 15 among them. He even received an Oscar. He has released a number of evergreen singles as well as albums. His 10 albums and five singles reached on No.1 on the Billboard 200 and Billboard Hot 100 respectively.

At the young age of 14, Eminem started rapping with high-school friend Mike Ruby. He attended the Osborn High School.

Eminem’s debut album was Infinite that released in the year 1996. A year later in 2007, Eminem released his next album Slim Shady EP. After that, he signed with Dr. Dre’s Aftermath Entertainment and gained a mainstream popularity with The Slim Shady LP. The album earned him his first Grammy Award for Best Rap Album. The success story continued when his next two releases, The Marshall Mathers LP and The Eminem Show also managed to gain worldwide success and be a certified diamond in U.S. sales.

Both the albums won Grammy awards again making Eminem the first artist to win the Grammy for three consecutive LPs. His 2004’s release Encore was another commercial and critical success in his career.

He went on hiatus after his tour of 2005. Four years later in 2009, Eminem released Relapse. He released Recovery a year later in 2010. Both his albums won the Grammy Awards. His 2010’s Recovery was the best-selling album of 2010 worldwide. Not only this, Eminem won two Grammy Awards for his 2013’s The Marshall Mathers LP 2. His Grammy count reached 15 after that.

He owns a channel on Sirius XM Radio. Eminem starred in hip-hop movie 8 Mile. The movie won the Academy Award for Best Original Song, for his song “Lose Yourself”.  He became the first rap artist to win the award. He also made his appearances in films like Wash, The Interview, and Funny People.

Eminem's Net Worth And Money Collection

A multi-platinum selling American rapper Eminem has earned a tremendous amount of money from his successful music career. He has an estimated net worth of around $190 million, as per Celebrity net worth. In the year 2010, he made   $10 – 15 million.

And along with the International pop star Rihana, he collected $31 million from their concert, in 2015. In 2014, he earned $18 million. His single Love Yourself has sold approximately 10 million copies and he earned around $13 million from the single.

As far as houses, he listed his $2 million house in Detroit for sale in 2017. The house has 17,000 feet, with six bedrooms, nine bathrooms, a tennis court, and a private lake. He had been living in the mansion for 14 years, originally paying $4.75 million.

The rapper is also a proud owner of several luxurious cars including a Porsche Carrera GT, a Ford GT, an Audi R8 Spyder, a Porsche 911 GT3 RS 4.0, a Ferrari 599 GTO, and a Ferrari 430 Scuderia.

Eminem was married twice to Kimberly Anne. He met Kim in high school at the young age of 15. Kim ran away from home along with her twin sister Dawn at the age of 13. They moved in with Eminem and his mother. Kim and Eminem’s on-and-off relationship began in 1989. The couple gave birth to a daughter on the 25th of December, 1995. Later, they married in 1999 but ended their relation divorcing in the year 2001.

After his divorce, Eminem decided not to marry. However,  he remarried Kim in January 2006. But again, Eminem filed for divorce in April. Eminem and Kim agreed on joint custody of their daughter Hailie. He has also adopted Alaina and Whitney. Alaina is Dawn’s daughter while Whitney is Kim’s daughter from another relationship. net worth 2018 and height