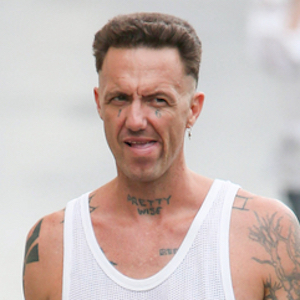 South African rapper and record producer, Watkin Tudor Jones is best known by his stage name, Ninja. He started his professional musical career in 1993 but rose to fame as a band member of the eccentric rave-rap crew, Die Antwoord in 2008.

Jones is also known as an actor who appeared in movies like Umshini Wan (2011), Die Antwoord: Ugly Boy (2014) and Chappie (2015). He shared a romantic relationship with his singer girlfriend, Yolandi Visser and shared a daughter, Sixteen.

Watkin Tudor Jones was born on June 26, 1974, in Johannesburg, South Africa. He is South African and belongs to the White ethnicity. He is best known by his stage name, Ninja.

Jones was raised along with his younger brother. He attended Parktown Boy's High school in 1989.

Watkin Tudor Jones served as the lead vocalist of love hip hop cat, Max Normal. The band released their first album, Songs From The Mall in 2001 but after a year it disbanded. Then he moved to Cape Town and joined the electronic/hip-hop group, The Constructs Corporation along with his DJ partner, Sibot.

Jones rose to fame after he founded a rap-rave group, Die Antwoord also got his stage name, Ninja. The band is popular for fusing the modern song with an old song. They performed the Zef music in Europe and USA in 2010.

Watkin Tudor Jones debuted in films in 2015 with a science fiction action film, Chappie. The movie was commercially successful.

In 2015, his debut movie, Chappie hit the silver screen. The movie was made under the budget of $49 million which grossed over $102.1 million at the box office and IMDb rated the film with 6.8 stars. Besides this, he earned impressive sum from his concerts and albums.

Watkin Tudor Jones is unmarried but he was in a romantic relationship with his longtime singer girlfriend, Yolandi Visser. The duo started dating in 2006 after they started working together in the same rock band, Max Normal.TV. 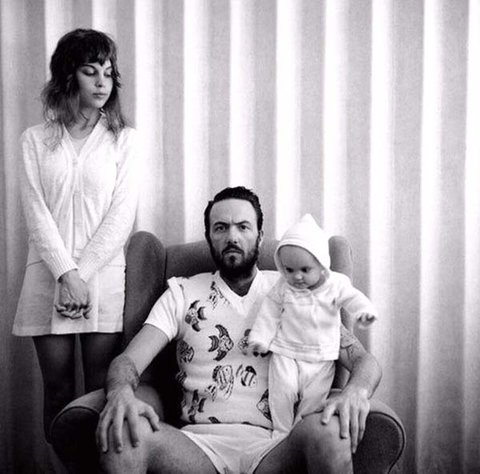 The pair is proud parents of a daughter, Sixteen Jones. Sixteen was raised with a musical background which might be the reason, she enrolled in music and became a band member of The Boy With The Rainbow Face.

Once Jones was criticized for stating "Sixteen was an accident" but later he clarified the rumors and mentioned he didn't mean those words.

In 2010, Jones' girlfriend adopted a nine-year-old street child, Tokkie from a rough neighborhood in Jo'burg. Currently, Jones is living a blissful life with his partner and girlfriend in Cape Town.

Below we present the interview of Watkin Tudor Jones;