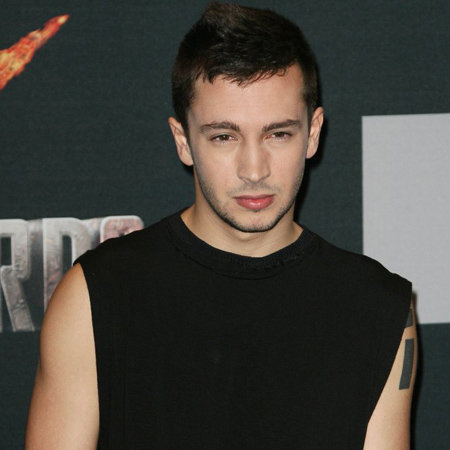 Tyler Joseph is a multi-talented personality. He is a singer-songwriter, multi-instrumentalist, record producer, and rapper. He is the lead singer of an American musical duo, Twenty One Pilots, alongside drummer Josh Dun.

The duo released their self-titled album in 2009 and since then, they've released numerous other projects including Blurryface, Regional at Best, and Vessel. Their album the Blurryface went platinum three times in America. Joseph and his band have toured in different parts of the world collaborating with several artists.

Tyler Joseph is a married man. He married Jenna Black on March 28, 2015. He resides in Columbus with his wife.

Well, how is his relationship with his wife at present? Here is a detailed account of his career, love life, and earnings as well.

Tyler Robert Joseph was born on December 1, 1988, in Columbus, Ohio, U.S. He is an American who belongs to white ethnic background. He is the son of Kelly Joseph and Christopher Anthony 'Chris' Joseph.

Joseph has three siblings; two brothers named Zachary Philip "Zack" Joseph and Jay Thomas Joseph, and one sister, Madison Grace Brett. His brother, Zack is also a singer. He grew up with his siblings in Ohio.

Joseph's mother Kelly was a math teacher at the Olentangy High school and became the school’s basketball coach in 2013. His father Christopher was a coach at the Worthington Christian High School, is a principal of the school.  CAPTION: Twenty One Pilots' star Tyler Joseph SOURCE: The Famous People

Joseph studied at the Olentangy Junior School, where his mother was a teacher. As a child, it was tough to send him to school, and thus sending with his mother made it easy. He later joined the same high school and graduated in 2005.

Joseph started playing basketball at an early age. He played as a point guard for Worthington Christian at the time. He led the varsity basketball team to second place in the Division IV state tournament. He also played on the team with his brother Thomas, having performed the National Anthem at one of their games.

Joseph attended Otterbein University. He rejected the offer to play basketball along with a scholarship, after watching a songwriter performance at a High Street club.

He started playing music after he found an old keyboard in his closet, a Christmas gift from his mother. Joseph mimicked radio melodies He then composed his music and started to write his songs as well.

Joseph's career started in 2009 at the age of 21. He formed the group, Twenty One Pilots that year, along with members consisting himself as a lead vocalist, Nick Thomas, and Chris Salih as a drummer. They released their debut self-titled album on December 29, 2009.

Joseph along with his band members started touring to Ohio and launched their second album, Regional at Best in 2011 with himself and drummer, Josh Dun. The duo released their third album titled Vessel on January 8, 2013.

Joseph is involved with the musical band, Twenty One Pilots with Josh Dun, as of 2018. Their fourth album, Blurryface, was released on May 17, 2015. They went on two international tours in 2015 and 2016: the Blurryface Tour and Emotional Roadshow World Tour respectively.

The album Blurryface reached #1 on the Billboard 200, US Alternative, and US Rock charts. It contains popular singles like Stressed Out and Ride. It also became the 8th best-selling album of the year 2016 selling more than 1.5 million copies sold all over the world.

According to the Celebrity Net Worth website, Tyler Joseph has an estimated net worth of $16 million, as of 2020. He has made a huge amount of collections from his musical career.  The band has performed in many tours and events and has entertained the fans with many of the popular hits to date.

Their album Blurryface reached #1 on the Billboard 200, US Alternative, and US Rock charts. It contains popular singles like Stressed Out and Ride. Joseph also has a few luxurious cars.

Joseph is a Christian and his songwriting is influenced by his faith. He was homeschooled in his childhood days. His debut real exposure to music was the Christian hip-hop group, DC Talk.

Tyler Joseph is a married man. He tied his knot with Jenna Black on March 28, 2015. She is the sister-in-law of his high school friend. They dated for several years before getting married. The duo was engaged on July 8, 2014, and married almost nine months later.

His wife, Jenna Black even joined her husband's street performance. They posted their wedding pictures on social networking sites as well.

They live in Columbus. The duo seems happy as seen on their social networking sites.

Joseph has a three-part tattoo that represents something that saved his life. He does not want the meaning of his tattoos to be public but has stated that he is willing to share the information personally.

Both Joseph and Dun have inked an "X" tattoo on their body symbolizing their dedication to their hometown fans in Columbus, Ohio. They had the tattoo on April 26, 2013, on stage during their hometown show at the Lifestyle Communities Pavilion.

Tyler is a handsome young man and is very talented as well. He has got good looks and charms along with a good personality. He is a fun-loving person to be around and always lights up any place with his energy.

Tyler Joseph posted a couple of photos on Instagram on February 21, 2020, to announce that he and his wife, Jenna Black, had welcomed their first child on February 9.

Alongside the photos of the newly born baby girl, he wrote, "Rosie Ro and I are finding all the sunspots in our house."

They have named their adorable daughter Rosie Robert Joseph. 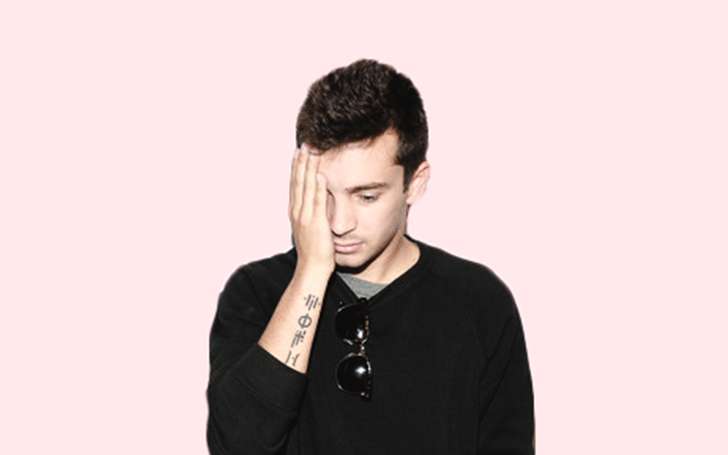