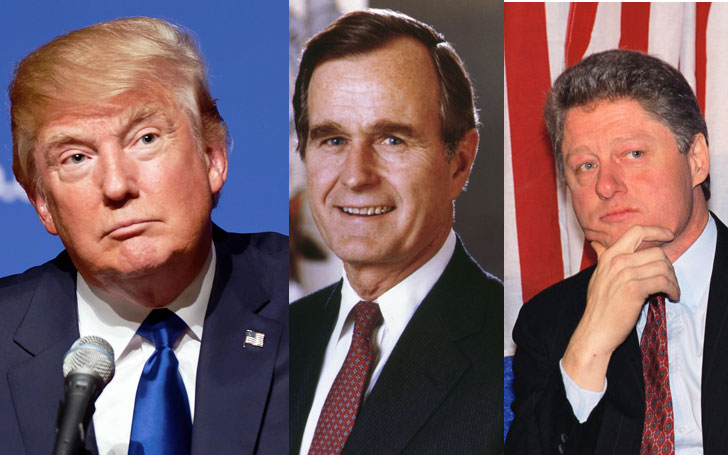 Being a US President is a matter of pride and is not everyone's cup of tea. It requires a vast and diverse skill to lead the whole United States. A US president inevitably engages in social functions and many official meetings. Nevertheless, some presidents have committed some faux pas, caused embarrassment for the US and its citizens. Here give the seven accounts of embarrassing blunders by the US Presidents.

Richard Nixon, the 37th US President, was the vice president when he unknowingly smuggled drugs past customs at then-New York's Idlewild Airport (now John F. Kennedy International Airport). He met the jazz musician and US State Department ambassador Louis Armstrong in the customs line.

Nixon then walked to him and asked what he was doing in the line to which he said he was waiting to be checked in by the customs. Then Nixon carried the suitcase that Louis brought and said, ''Ambassadors don't have to go through customs, and the Vice President of the United States will gladly carry your bags for you." without knowing what was inside the suitcase. Nixon learned the truth that there was 1.4 kg of marijuana several years later and exclaimed, ''Louis smokes marijuana?''

The State Department hired a translator for a Poland visit of the 39th President Jimmy Carter to translate his speech to his Polish audiences. Steven Seymour was the translator, and he was paid $150 a day for his service, but he was terrible at translation.

Seymour mixed Russian with Polish and used Polish idioms that were out of use and even worse, he mistranslated Carter's statements. In the end, US just became a joke for Polish, and eventually, the White House issued an apology.

When Carter commended the 1791 Polish constitution, Seymour translated it as the constitution was a thing of mockery. Moreover, Seymour called Poland the ''fatherland of ten million Americans'' instead of the ''ancestral home of more than six million Americans. Seymour was later relieved from his job and was replaced by Jerzy Krycki.

Hollow Earth Theory suggests that Earth is a hollow planet and there exists a space in the middle of the Earth. One of the followers of the theory was John Cleves Symmes Jr. He even planned an expedition to find the hole at the North Pole.

John along with James McBride lobbied Congress to sponsor his dream expedition which Congress refused since everyone knew the Earth was not hollow. However, the President John Quincy Adams approved Symmes' expedition and said the Congress should fund the trip. They were sponsored for their trip but were later stopped by President Adams' successor, Andrew Jackson.

4. Andrew Johnson Compared Himself To Jesus

Andrew Johnson became the 19th President of the United States after President Abraham Lincoln was assassinated in 1865. President Johnson was an unrefined, and bad-tempered racist who used to blame everyone else but not himself for his problems. He frequently fought with Congress and once called for the lynching of a congressman.

Next time, President Johnson got intoxicated and compared himself to Jesus. He was just irresistible; he often fired employees whom he didn't like. Later Congress passed a law in 1867 which forbade him from firing certain appointees. But, the law couldn't stop him as well, and he soon fired the secretary of war. In 1868, he was impeached, but the Senate didn't' convict him.

The Los Angeles International Airport reportedly experienced delayed flights on May 18, 1993, and the 42nd US president Bill Clinton had a haircut inside an Air Force One on the runway. Spokespeople for the Federal Aviation Administration (FAA) said several airplanes circled overhead as two of the airport's runway had been under maintenance, and the Air Force One remained on the runway with its engine running.

However, the information obtained from the FAA through the Freedom of Information Act says there were no flights delayed or airplanes left circling over the airport on the day. But, the White House never falsified the earlier reports of the flight delays and Bill Clinton's haircut. Rather, the White House officials tactfully absolved President Clinton of any blame.

Th US President Donald Trump might be one of the presidents having the most controversies and embarrassing moments. During Trump's first joint meeting with North Atlantic Treaty Organization (NATO) leaders in May 2017, Trump appeared pushing the Montenegrin Prime Minister Dusko Markovic to get to the front of a group of the leaders.

In the video of the interaction, Trump comes from behind and shoves the Prime Minister and after getting to the front Trump adjusts his jacket. Markovic appeared taken aback at first, but after he saw it was Trump, he smiled and patted Trump on the back.

Former US President George H.W. Bush turned himself into the butt of the joke in Winter 1992. Bush was in a state dinner in Tokyo on January 8, 1992, when he vomited on the lap of the Japanese Prime Minister Kiichi Miyazawa. Later, It was reported that Bush was not feeling well and had vomited before the dinner. Moreover, his physician had advised him to abandon the dinner, but he refused.

After taking raw salmon and caviar in dinner, he fell forward and vomited on the legs of the Prime Minister sitting next to him. The then-first lady Barbara Bush leaped out of her chair and held the napkin to her husband's mouth. The Secret Service agent also supported the president from falling.

The Japanese media initially hid the video to prevent any embarrassment for the president. However, it ultimately made it to the air. Then the Japanese people used to use the word bushusuru (to do a Bush) to refer someone who vomits.