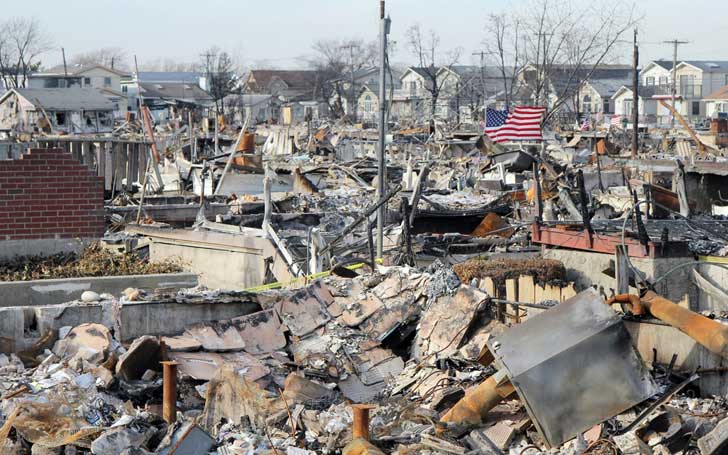 Despite the great leap in science and technologies, some natural phenomena are inevitable and such phenomena cause a heavy destruction in the infrastructures and several casualties.

On today's episode, we've brought the top 7 deadliest natural calamities that occurred in the United States.

Tri-state Tornado, also known as the Great Tri-State Tornado that hit Missouri, Illinois, and Indiana in March 1925 is considered as one of the deadliest natural calamities and is the deadliest tornado in the US history.

The Tornado, that traveled from southeastern Missouri through southern Illinois eventually hitting Indiana completely destroyed multiple towns in these three states. The casualties in the tornado are estimated to be 695.

The earthquake has been the most destructive natural calamity across the world. The US has also been frequently hit by the temblor which has caused more or less destruction in the past. One of the unforgettable earthquakes in US history is the San Francisco earthquake of 1906.

The quake struck the coast of Northern California with an estimated magnitude of 7.9 Richter. It was 5:12 on Wednesday morning, April 18, 1906, when the earth started to shake and the maximum intensity shaking was felt from Eureka on the North Coast to the Salinas Valley.

Approximately 3,000 people lost their lives and over 80% of the structures of San Francisco were destroyed. It is one of the most destructive earthquakes in the history of the United States.

Every year, Florida gets affected by the hurricane which is not a new thing to the Florida residents, however, the Okeechobee Hurricane is the one that will always be remembered while talking about the Florida hurricanes and the natural disasters in the USA.

The 1928 hurricane resulted in huge destruction and heavy casualties along the Leeward Islands to coastal Florida. According to the reports, by the end of the storm, it took approx. 4,000 lives including 2,500 in Florida only. The another most affected area was Guadeloupe, France where 1,200 casualties were reported.

Central Pennsylvania is one of the safest places if we talk about the tsunami risks, however, it doesn't discard the possibilities of other calamities. The central Pennsylvania residents might have experienced tsunami when a 40-foot-high half-mile wide wall of debris flowed down the Appalachian town of Johnstown in 1989.

CAPTION: The Johnstown flood killed around 2,209 people in 1989 SOURCE: MONOVISIONS

1,600 homes along with 2,209 people living in the town were swept away in minutes which included 99 entire families. The flood occurred due to the failure of a dam holding back 20 million tons of water in the Lake Conemaugh which is a manmade reservoir located 14 miles from Johnstown in the mountains.

Galveston, a small city in Texas sits on a narrow barrier island in the Gulf of Mexico. The Galveston was considered as the gem of Texas until 1900 when it was hit by an unnamed hurricane which hit the city with gusts of 140 mph generating a 16-foot storm nearly swiped 37,000 residents from the town.

An estimated 6,000 to 8,000 people died in the devastating storm which happens to be the deadliest storm in the history of the United States of America. The St. Mary's Orphans Asylum suffered a great single loss where 93 children and 10 nuns took refuge. Only three of the orphans were reported to have survived in the storm.

Extremely destructive and one of the deadliest Category 5 hurricanes, Hurricane Katrina hit the Gulf Coast of the United States in August 2005. The hurricane destroyed the area from central Florida through eastern Texas. Despite the hurricane had weakened to Category 3 before its eye struck the Mississippi coastline, it resulted in a huge human loss of approximate 1,800 people.

Subsequent flooding caused due to the flaws in the flood protection system around the city of New Orleans caused the maximum deaths. The storm surge of almost 28 feet overwhelmed inadequate infrastructure of New Orleans' levee system.

Hurricane Maria, one of the worst and most disastrous hurricanes in the history of Dominica and Puerto Rico. The Category 4 hurricane Maria hit Puerto Rico and Dominica in September 2017. According to the official reports, 64 people lost their lives in the hurricane.

But, according to a new survey by the Harvard public health researchers, Hurricane Maria, over 3,000 people lost their lives. IN aggregate, the hurricane Maria killed an estimated 4,645 people, making it the second deadliest hurricane of all time in the U.S. history.