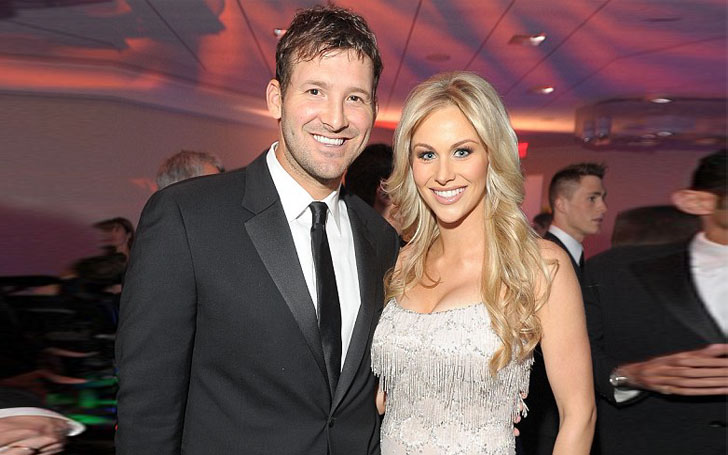 The former starting quarterback for the Dallas Cowboys, Tony Hardy was not only famous for being one of the best on the team but also for his love life. He has dated several high-profile women including Jessica Simpson and Carrie Underwood, but hardy is now married to Candice Crawford; a former Miss Missouri USA.

The couple tied the knot on May 28, 2011, and is raising three children. How is their relationship going on? Are they happily married? We have all the details here.

The 37-year-old former quarterback and his now wife started dating in 2009. At the time, Crawford used to work as a reporter and anchor at CW33 in Dallas. After dating for about a year, Romo popped the question to his then-girlfriend with 8-carat yellow diamond ring in December 2010 while celebrating Crawford's 24th birthday.

The lovebirds eventually tied the knot on May 28, 2011. The ceremony was held at Arlington Hall in Dallas. Several Cowboys icons including Troy Aikman, Roger Staubach, and owner Jerry Jones attended the ceremony. 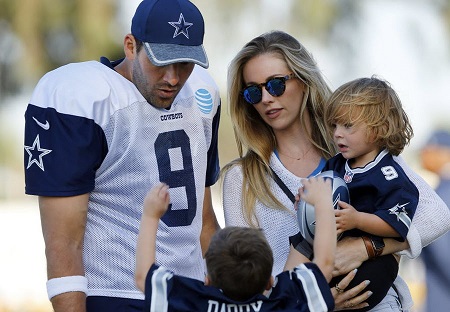 Romo and Crawford welcomed their first child together, a son Hawkins Crawford Romo on April 9, 2012. Crawford then gave birth to their second child, Rivers Romo on March 18, 2014, and their third son, Jones McCoy Romo was born on August 23, 2017.

The proud father took to Instagram to announce the arrival of their third son sharing the picture of the newly born baby. He captioned the picture:

"Welcomed our third boy Jones Mccoy Romo into the world today! Ten fingers and ten toes. All healthy. Scroll over to see his big brother Rivers excitement about this new baby." 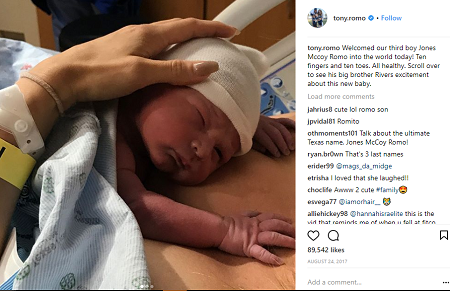 The father of three also has plans of extending his family in few years. Talking to People in 2017, Romo expressed his desire of being a father again. He said:

“I think the wife might want to stop at this point, but we’ll push her again in a year or two,”

Well, it seems like the couple is very happy together. They are soon going to celebrate their seventh marriage anniversary and we wish would like to wish them in advance.   The family of five currently resides at Dallas.

Previously, Romo was in a relationship with an actress and singer Jessica Simpson. Romo and Simpson started dating in November 2007.

They dated for about two years and broke up in July 2009. As per sources, Romo dumped the singer on her 29th birthday. 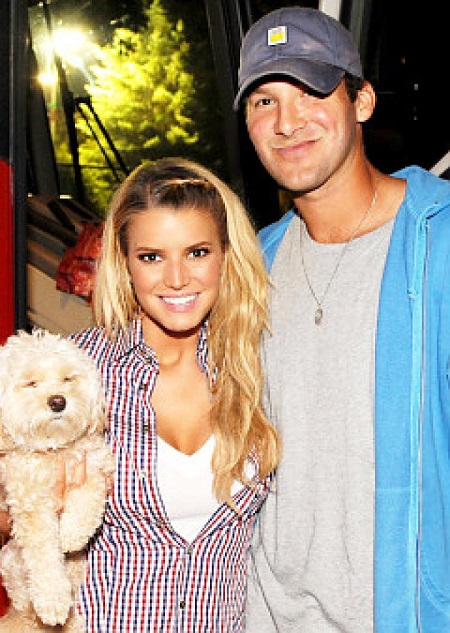 Romo also briefly dated singer Carrie Underwood. The couple first spotted together in 2006, and their romance rumors sparked in 2007. 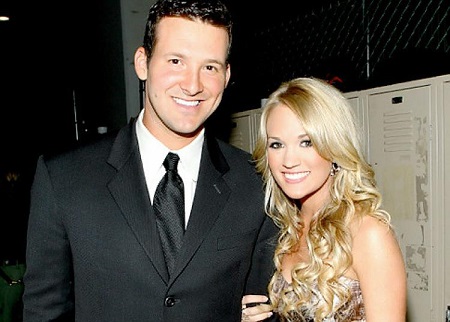 The footballer later acknowledged their relationship via his website and in an interview in May 2007. The couple, however, got a part in the same year.