Alike his trickster character of demigod Loki in the Marvel franchise, English actor Tom Hiddleston preferred to play tricks on his relationship confirmation too. Ever since the Golden Globe winner broke up with the Blank Space singer Taylor Swift after a brief romance in 2016, he barely nodded his head on any dating story.

But it was until 2021; no one thought his alleged relationship with actress girlfriend Zawe Ashton would saw a red-carpet officiation. Although Hiddleston saw showers of claims that he and his Betrayal co-star Ashton developed off-screen chemistry shortly after the Broadway, it took a 2-year long haul before they publicly admitted it.

For sure, the award functions enchants the moment for celebrity big reveals, and seems 40-year-old actor Tom Hiddleston took a go in the opportunity. As he was a Tony Award nominee for his work in Broadway production Betrayal, the Thor actor made an appearance on the 2021 Tony Awards red carpet, accompanying his alleged girlfriend & actress Zawe Ashton.

On the 74th Tony Awards on September 26, 2021, Hiddleston and Ashton posed for a photo together as they marked their first red-carpet appearance together. Also, their co-star Charlie Cox later joined them for the photo session.

Online sources report that the two met while filming Betrayal and began dating in 2019. But all these times, the Kong: Skull Island star never uttered a word if he and Zawe were together. And seems now, it's all clear, seemingly confirming his relationship with the Fresh Meat actress. 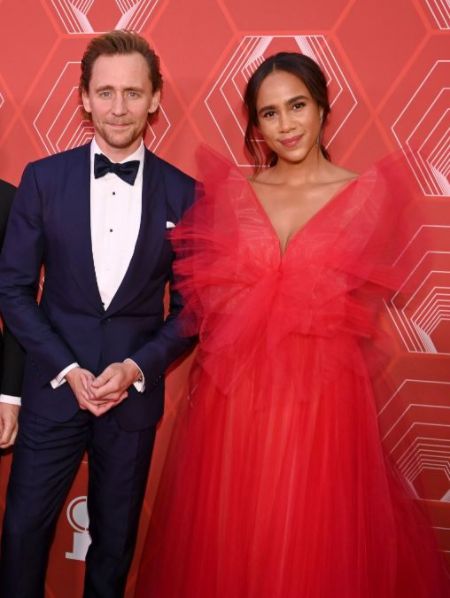 According to The Sun, the couple's relationship began in September 2019, and by summer 2020, the two reportedly moved in together. Earlier this September, the two made highlights after a vacation in Ibiza. But despite those talks shipping them as "Hiddlashton", the actor couple kept their dating profile until 2021.

Yet, they have not come up with an Instagram mention of each other or an interview to share relationship journey experiences- which probably fans are eagerly waiting for.

Who Is Hiddleston's Girlfriend Zawe Ashton?

A native of London, England like Hiddleston, the Hackney-born Zawe is an actress, playwright as well as a director. Born on July 25, 1984, Ashton who is 37 years old in 2021 is 3 years junior to her The Avengers boyfriend widely acclaimed for his role as Loki.

While, Zawe Ashton mostly worked in theatre productions; in fact, she met Tom in the Broadway production, she also does have notable TV as well as film credits too. The Fresh Meat actress is set to portray a villain in The Marvels (2022), a sequel to the MCU movie Captain Marvel (2019) starring Brie Larson.

Who Has 'Loki' Actor Dated In The Past? Ex-Girlfriends & Rumors

As the talks on the past relationship of Hiddleston comes up, his brief yet very public connection with 11-time Grammy winner Taylor Swift gets an honorable mention. The two met back in May 2016 at Met Gala, while the latter was still in a relationship with then-boyfriend Calvin Harris.

But within 2 weeks of her split with Harris, the Bad Blood singer quickly got along with the English actor. Even more, Tom and Taylor didn't take long to meet each other's parents. Among their widely discussed PDA, their trip to Rome comes atop- probably because it is a must-go destination for lovers, and so to speak, for honeymoon. 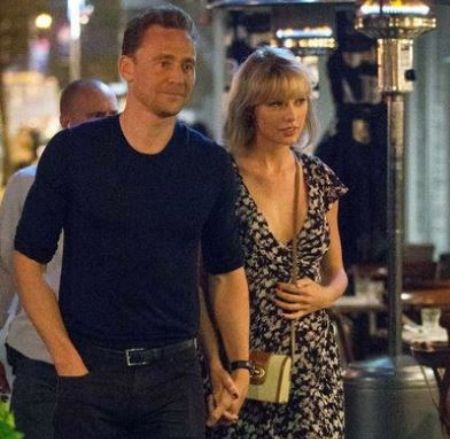 Moreover, during an interview with The Hollywood Reporter in 2016, the two-time Primetime Emmy Award nominee confirmed he was dating Swift and told it was not a publicity stunt. However, by September 2016, their short-lived love story crashed!

Earlier in 2008, the English actor was in a relationship with Susannah Fielding after they crossed paths while co-starring in Wallander. The two dated for 3 years before they parted way in late 2011.