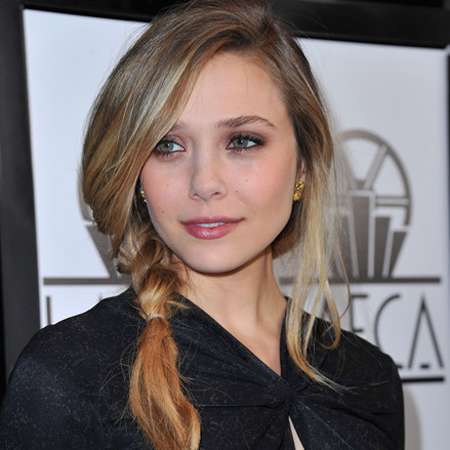 Elizabeth Olsen is an actress gained worldwide recognition following her breakthrough performance in the independent thriller drama Martha Marcy May Marlene. For her iconic role in the drama, she also nominated for the  Critics' Choice Movie Award for Best Actress.

Elizabeth Olsen was born on February 16, 1989, in Sherman Oaks, California, to Jarnette Jarnie who was a personal manager, and to David "Dave" Olsen who is a real estate developer and mortgage banker. Olsen has twin sisters, prominent actress Mary-Kate and fashion designer Ashley Olsen, who became famous as TV and movie stars at a tender age.

Olsen took ballet and singing cla s ses when she was young and started appearing in a movie along with her sister. She received minor roles in How the West Was Fun. Elizabeth attended Campbell Hall School in North Hollywood, California where she had her lower school and high school years.

Elizabeth went on to go on auditions for various projects when she was in the fourth grade. Olsen was always interested in acting as she was influenced by her sisters thus she went on to attended New York University's Tisch School of the Arts and the Atlantic Theater Company.

Olsen then went on to study in Moscow, Russia at the Moscow Art Theatre School for a semester in 2009. She then graduated in March 2013 from New York University.

Elizabeth Olsen came into the limelight after appearing in the movie, Martha Marcy May Marlene in 2011 as a character a paranoid character Martha. She was critically acclaimed for her acting skills. She then appeared in Silent House. Elizabeth then appeared in Red Lights and Liberal Arts.

Elizabeth went on to star in Very Good Girls. She then appeared in the American remake of Korean movie Oldboy for which she received various nominations for awards. In 2014, Elizabeth starred in Godzilla. She has appeared in Avengers: Age of Ultron.

Olsen has been noted for her role as the Scarlet Witch in Captain America: The Winter Soldier. Olsen will be seen as character Audrey Williams in the 2016’s I Saw the Light and Captain America: Civil War.

Elizabeth Olsen's Net Worth And Earnings

Elizabeth Olsen has a estimated net worth $5 million, in 2019.

Elizabeth Olsen was rumored to be dating actor Alexander Skarsgard. She began dating actor Boyd Holbrook in 2012. The couple got engaged in 2014 but later split up in January 2015. She has been rumored to be having an affair with Chris Evans and Tom Hiddleston. She has not married till date. She does not have a boyfriend at present.

But it has been reported that the actress has been dating Robbie Arnett since March 2017.