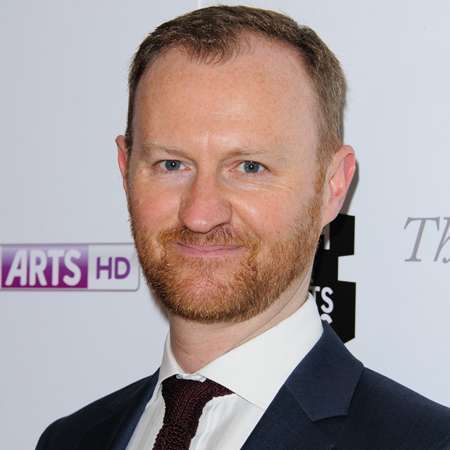 English actor, Mark Gatiss is best known for his portrayal as Tycho Nestoris in the HBO series Game of Thrones. He is a comedian, screenwriter, and novelist who is popular for his work including writing and acting in the TV series Doctor Who and Sherlock. He is a member of the comedy team The League of Gentlemen together with Reece Shearsmith, Steve Pemberton and Jeremy Dyson.

Gatiss is gay and was featured on The Independent on Sunday's Pink List of influential gay people in the UK in 2010 and 2011. He married actor Ian Hallard in 2008 in Middle Temple, in the City of London.

Mark Gatiss was born on 17 October 1966 in Sedgefield, County Durham, England, to his mother Winifred Rose and his father Maurice Gatiss. Mark’s father worked in the Edwardian psychiatric hospital and spent most of his childhood there.

Mark came from a background of the working-class family. Mark was very interested in watching Doctor Who from childhood and was an avid lover of Hammer Horror films on television. He often read Sherlock Holmes and H.G. Wells and collected fossils.

His other screen roles include Jekyll, Psychoville, Agatha Christie’s Poirot, Worried About the Boy, A History of Horror, Doctor Who as Gantok, Being Human, Game of Thrones as Tycho Nestoris, Wolf Hall as character Stephen Gardiner and Coalition as Peter Mandelson.

He is most noted for his role in Starter for 10 as Bamber Gascoigne and in Sherlock as Mycroft Holmes. He will soon be seen in Dad’s Army as Colonel Theakes in 2016

He is credited for writing books like 4 Doctor Who novels and other Doctor Who anthology contributions, The League of Gentlemen, Lucifer Box novels, The King’s Men, James Whale and many others.

Mark's net worth is estimated to be $10 million. He has earned a good amount of salary from his acting career.

Mark stands tall at the height of 6 feet 1 inches. Gatiss, in order to fulfill his childhood dream, built a Victorian laboratory in their West London home.

Gatiss is openly gay. He did not have any girlfriend in the past and not many boyfriends either. He met Ian Christopher Hallard in 2006. Both of them instantly clicked and fell in love with each other.

His partner, Ian is a well-known English actor who is best known for his role in Agatha Christie’s Poirot. He has been featured on The Independent on Sunday's Pink List of influential gay people in the UK consecutively in 2010 and 2011.

Mark has been in a civil partnership with Hallard since 2008. The couple has not married till date. They live together with their lovely Labrador retriever whom they call Bunsen. They are living happily together and have not had any reported disputes and breakups.