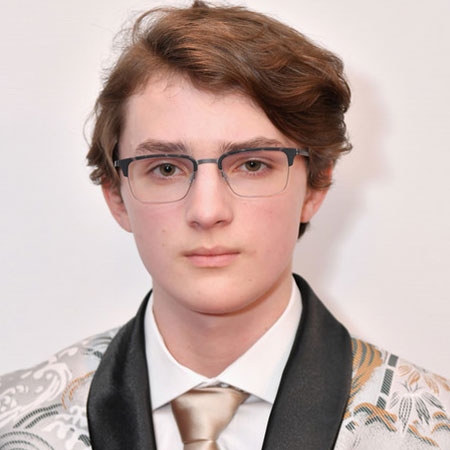 Toby Nichols is an American actor famous for his roles in films such as 'American Horror Story ‘, ‘Salem’, ‘Chasing Ghosts’ and ‘Homefront’. Although he is young, he has already made a name for himself in the horror genre. He is also known for his TV appearances among which American Horror Story is the most well known and well received.

Toby Nichols was born on November 30, 2001, in Louisiana, United States Of America under the star sign of Sagittarius. Nichols displays the traits of the sign by being positive and noticeable and he is also very open and uninhibited. He was born to parents of White ethnicity and is American by nationality.

He is the youngest of five siblings, his older brother Seth Nichols is a filmmaker and gave Toby his first acting job in a short film made by him. He was interested in acting and the show business from an early age, his talent was discovered in an acting cla s s he attended.

Along with this, he has attended cla s ses like Intensive Horse Riding for Film, Stunt Fighting for Film, Shin Sun Martial Arts etc. He started his film training in 2012.

Toby Nichols is a professional actor, to repeat he entered the acting business in a short film made by his elder brother. Since then he has bagged lead roles in many projects such as The Dark, Desolation, Arrow of Light etc.

Similarly, he has acted in many TV shows too. In fact, he first gained fame for his role in the horror TV series American Horror Story. He was also picked by Netflix to play in their series Iron Fist.

With much determination and dedication, he has become a highly rated actor and has been nominated for various awards, in 2017 he won an award for Best Young Performer at the Kite Film Fest. Talking about achievements he has already acted alongside TV icons Bryan Cranston, John Goodman, Louis C.K, Elle Fanning and Helen Mirren in the movie Trumbo.

Nichols is young, but he has already established himself as potentially one of the best young actors around but due to his young age, it is very hard to estimate his net worth.

He has not disclosed his net worth and his earnings from his TV show but the average pay for TV star starts from $150K and can reach up to $1 million. As for his ratings, most of his movies are highly rated.

Toby Nichols is not in a public relationship, as of now, and has not reached the legal age for marriage as he is still just 17. He has chosen not to disclose his former relationships to the media and has kept a low-key personality.

He was chosen as one of 225 people to watch in 2018 by a magazine based in Baton Rouge. His social media have no posts about any girlfriends or his dating life but he regularly posts pictures with his dogs on Instagram.