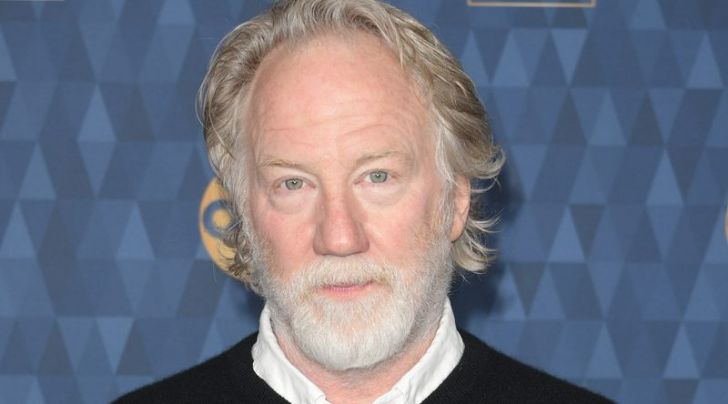 Emmy Award-winning American actor & director Timothy Busfield grabbed first TV recognition through Trapper John, M.D. (1984-86) and got a career breakthrough as Elliot Weston in Thirtysomething (1987- 1991). From stage works to on-screen venture, Busfield, throughout his career spanning over 3 decades, excelled in directing as well as acting. Other notable TV works of the Michigan native include The West Wing, Studio 60 on the Sunset Strip, and For Life.

Married three times, Timothy, the father of 3 children, currently lives with his third wife Melissa Gilbert, an actress widely recognized for her role in the TV series Little House on the Prairie.

Born on June 12, 1957, in Lansing, Michigan, the USA, Timothy Clark Busfield is one of 4 children of Roger Busfield, a drama professor, and Jean Busfield, a secretary. The American actor has 2 sisters: Terry and Julia; and a brother named Buck.

The 1975 graduate of East Lansing High School, Tim served in the US Navy before acting interest. He then studied drama at East Tennessee State University. Already with a theatre debut at Shakespeare's A Midsummer Night's Dream at the age of 18, Busfield honed stage skills performing with Actor's Theatre of Louisville throughout Europe and Israel.

How Much Is Timothy Busfield's Net Worth In 2022?

Ever since the on-screen debut in 1981, Busfield records 79 acting credits throughout his career span of 3 decades. Inclusive of his stage as well as directorial works, the American actor has over 650 professional credits. Despite these facts, it may quite surprising to know that Timothy Busfield has only a $2 million net worth as of early 2021.

To speak of, such amount of fortune is really high but is less than the fans' expectation of a hefty multi-million being a veteran actor. No doubt, with TV works in Trapper John, M.D., Thirtysomething, and The West Wing, Timothy collected handsome earning.

But a 2-time divorce, a chunk of the actor's fortune was swallowed by alimony- the exact figure is yet to be out.

According to Celebrity Net Worth, Busfield's current wife (third) Melissa Gilbert is worth $500,000 in 2021.

The Thirtysomething actor is a two times divorcee; currently, he lives with his third wife Melissa Gilbert. In January 2013, the duo announced their engagement over the holiday season and married on April 24, 2013, in a private ceremony at San Ysidro Ranch in Santa Barbara, California.

They are yet to share the children of their own. Currently, the duo resides in New York City after moving in late 2018; they previously resided in Howell, Michigan from 2013 to 2018. 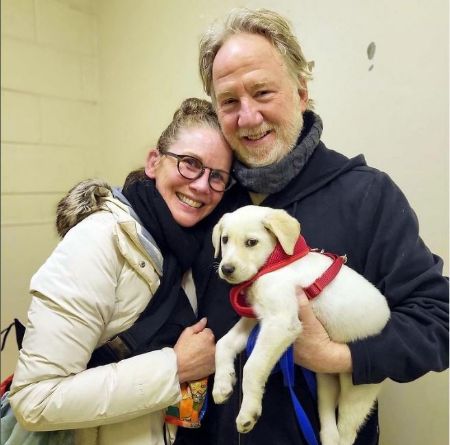 Moreover, she was in a highly publicized relationship with actor Rob Lowe.

On the other, Timothy Busfield is the father of 3 children from previous marriages. From 1981 to 1986, he was married to actress Radha Delamarter and welcomed a son Wilson together. Then, on September 11, 1988, Busfield exchanged vows with his second wife Jennifer Merwin. Together, they became parents to daughter Daisy and son, Samuel, before the duo divorced in 2008.

Then-22 years old Busfield made his professional theater debut at The Green Mountain Guild's Theatre for Children. Later, in 1981, he moved to New York and joined Circle Repertory Company to work in Lanford Wilson's Talley and Son, and shortly after, saw on-screen debut through comedy cla s sic Stripes (1981).

Timothy Busfield got career breakthrough from the TV series Thirtysomething, which won him an Emmy Award

In 1989, Timothy made his feature film debut as Mark in the sports supernatural drama Field of Dreams featuring Kevin Costner and Amy Madigan. The movie made $84.4 million at the box-office over the budget of $14 million.

On-Screen Venture After The 90s

Since 2020, Busfield portrays Henry Roswell in the legal drama series For Life alongside Nicholas Pinnock, Indira Varma, Joy Bryant, among others.

Beginning from the late 70s, Timothy Busfield, aside from a TV career, is active as a stage actor & director. With his brother Buck, he set up B Street Theater in Sacramento, California. Moreover, they co-founded Fantasy Theatre, a traveling troupe for children's audiences; it was later named Honorary State Children's Theater for California.