Montreal-Quebec born TimRozon is a Canadian actor and model who has been contributing to the industry since 2000. He got his breakthrough role from the series, Instant Star (2004-2008) where he portrayed Tommy Quincy. Rozon is also known for his roles Mutt Schitt in series Schitt's Creek (2015-2018) and Doc Holliday in Wynonna Earp (2016-2021).

Who Are Tim Rozon Parents? What Ethnicity Is He?

Tim Rozon was born Timothy James Rozon on June 4, 1976, in Montreal, Quebec, Canada. He holds the birth sign Gemini which defines personality as an expressive, sociable, and quick-witted.

The details of his parents and siblings are not revealed. He did his schooling from his hometown Montreal's school. He holds Canadian nationality and he belongs to the white ethnicity.

Rozon began his professional journey trying his luck with modeling for some time but quit soon since he didn't find it working. He then debuted as an actor playing the role of Dandy Man in the 2000 television film The Great Gatsby. After his debut, he started appearing many more movies, television films, and series.

Some of his movies include Pure, End of the Line, Screamers: The Hunting and The Legend of Sarila. Rozon got this breakthrough role in the 2004 series Instant Star where he was cast to play the main role of Tommy Quincy. Between 2004 to 2008, he appeared in 54 episodes alongside Alexz Johnson, Kristopher Turner, and Mark Taylor. 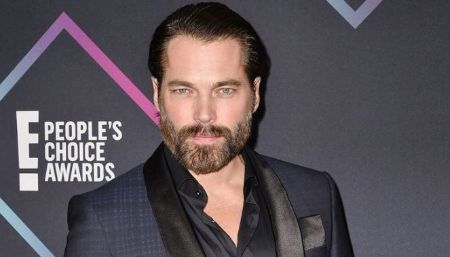 His other leading series is Schitt's Creek where he portrayed Mutt Schitt for 23 episodes and acted alongside Eugene Levy, Chris Elliott, Emily Hampshire, and Annie Murphy. In the horror series Wynonna Earp, he played the role of Doc Holliday with renown actors Melanie Scrofano, Shamier Anderson and Katherine Barrell.He has also been still the cast member in the series.

His recent projects include Lake Placid: Legacy, Diggstown, Christmas Town, Vagrant Queen, SurrealEstate, and Beginner's Luck. Further, he would be playing the role of CJ Malcom in the post-production film Dakota. Besides acting, he is also into producing and has produced a doc u mentary named Shuckers which is about the world of oysters and those who shuck them.

How Much Is Tim Rozon's Net Worth?

According to IMDb, the Montreal born has a total of 49 acting credits under his name. The actor himself has not disclosed his wealth. However, Tim Rozon's fortune is $2 million as of Celebrity Net Worth.

The average salary of a movie or television actor in the United States is $43,760 and in Canada, it is $99,042 per year. Instant Star' alum earns a decent figure along with his films, TV shows, commercials ads, endrosements deal, and social medias.

Personal Life: Who Is Tim Rozon Married To?

Tim Rozon is a married to Linzey Rozon. By profession, his wife is a Canadian horse-rider. The couple dated for almost 3 years and finally they exchanged wedding vows on September 6, 2015.

Schitt's Creek's actor has a child. He is currently living a blissful life with wife and son in Montreal. However, the identity of his kid is yet not revealed. 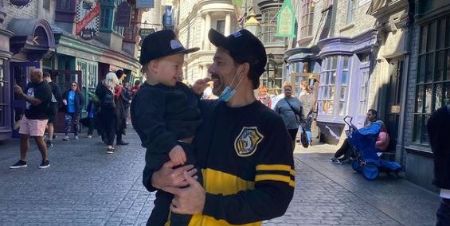 Talking about his personal life, Rozon likes to travel a lot and San Diego is his favorite place to visit. Besides he loves comic books and has a collection of it in his home. In Montreal, Wynonna Earp' star owns a restaurant named Garde Manger with a Canadian chef Chuck Hughes.