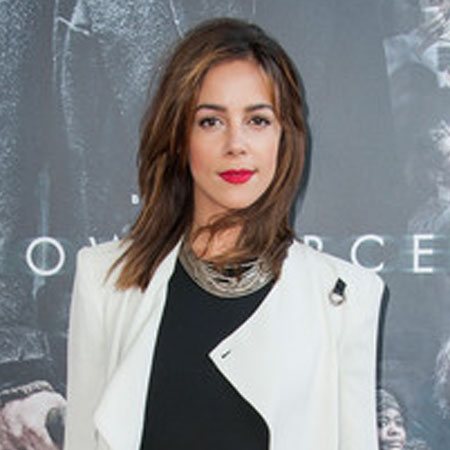 Tiffany Dupont is an American actress, most known for portraying the lead role of, Hadassah, a Jewish girl, who became the Biblical Esther, Queen of Persia, in the popular film One Night with the King. The actress has also landed several other breakout roles in both movies and TV series like Bickford Shmeckler's Cool Ideas, Star, 9-1-1 and among others. Tiffany is the winner of Miss University for Georgia Pageant in the year 2002 and also won the award with her violin performance.

Tiffany Dupont was born on March 22, 1981, in Colorado Springs, Colorado, United States of America. She has a two sister and one brother named Christelle Dupont, Jessica Dupont and John Dupont Tiffany. Dupont belongs to white ethnicity and holds an American nationality.

Tiffany is the daughter of father John Dupont, an aircraft who built a career designing /Flying airplanes and mother Milly Dupont got master’s degree in Dance and Choreography/ worked as a professional dancer for almost 20 years.

Tiffany's mother is from Amsterdam and was raised in Luxembourg, and her father is Italian and was raised close to New Orleans. Her family moved to numerous places, but in general, Tiffany grew up in Burke, Virginia. From an early age, Tiffany's parents encouraged her to participate in a different range of activities such as dance, music and martial arts.

Tiffany did her schooling from Lake Braddock Secondary School where she was active in Orchestra, various athletics, as well as high school theater.

In the year 2002, Tiffany made her television debut on the series Yes, Dear portraying the role as Sammy's Girlfriend. Later she appeared in various series such as Grounded for Life as Colleen, Greek as Frannie Morgan, The Big Bang Theory as Angela and more.

In 2003, Tiffany made her debut in a movie Cheaper by the Dozen. After two months, she appeared in “One Night with the King.” Later she played in several movies like The Work and the Glory, Bickford Shmeckler's Cool Ideas; He's Such a Girl and much more. Tiffany has also performed in a music video called "Natural Disaster."

In the year 2019, the actress a movie Brian Banks along with Aldis Hodge and Greg Kinnear. The same year, she played the role of Nikki Castro in the legal drama TV series Proven Innocent.

Tiffany is also a professional model and has appeared in various commercials and plays. She is a model for famous personalities, Elite Model Management in Atlanta and New York. Tiffany likes to work in high fashion.

Tiffany Dupont's Net Worth And Earnings

Tiffany Dupont has earned a considerable amount of money from her several major roles in a number of projects. As per some authorized sources, her net worth is believed to be over $1 million.

In 2003, the actress played the role in the movie Cheaper by the Dozen which grossed over $190 million worldwide whereas its producing cost was $40 million. In the movie, she featured alongside Steve Martin, Bonnie Hunt, Hilary Duff, and Tom Welling.

Talking about her personal life, Tiffany is unmarried. She was in a relationship with American actor Bryan Fisher. Currently, she is single and is not dating anyone. She also doesn't have any child but shares close bonds with her two nephews.

Tiffany even claimed that she had an affair with Tom Cruise in 2007 when he was married to Katie Holmes. She revealed the news with celebrity gossip blogger Perez Hilton in an e-mail and told that she slept with Tom and actor George Clooney to uplift her career.

Dupont is an avid animal lover who has two puppies.