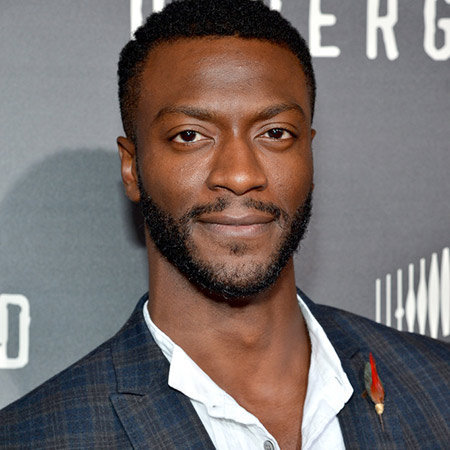 Aldis Hodge whose real name is (Aldis Alexander Basil Hodge) is an Award-winning American actor mostly known for The Depiction of Alec Hardison on the TNT series.

In the year 2017, he was able to win Screen Actors Guild Awards for his Outstanding Performance by a Cast in a Motion Picture for a movie titled “Hidden Figures.” He also bagged the People Choice Award for his role as Alec Hardison.

Aldis Hodge was born on 20 September 1986, in Onslow country, USA, under the birth sign Virgo. He holds American nationality and belongs to Afro-American ethnicity.

Hodge is the son of Aldis Basil Hodge and Yolette Evangeline Richardson. His father is from Dominica whereas his mother is from Florida.

Hodge attended the Art Center College of design in California. As a child, he used to play clarinet and violin but when he came in the stage of adulthood he started focusing much on violin.

Aldis Hodge started his career from his early age when he booked a print job for Essence magazine. Unless he made a transition to television he did ads and tv shows on small screen.

Later on, Hodge appeared on a television show Sesame Street. along with his brother. He also appeared in several movies including Bed Of Roses, Die Hard with a Vengeance, The Stone House, Edmond and Big Momma’s House.

As an Alec Hardison on “Leverage”, he was able to gain a wide recognition. He has also voiced characters in Grand Theft Auto: reacherSan Andreas. Hodge starred alongside Tom Cruise and Cobie Smuthers in Jack Reacher: Never Go Back which brought him into the limelight in big screen Hollywood movies.

The famous “Bed Of Roses” actor is living a luxurious life. He loves traveling a lot and is also passionate about watches. Aldis earns a good amount of salary from her acting career and currently holds an estimated net worth of around $1 million.

Hollywood actor Aldis Hodge isn't dating anyone. But, his recent picture in Instagram gave air to his dating rumors with Jurnee Bell as his life partner.

Jurnee Bell is also an American actress but it looks as if Hodge was making fun of his already married actress friend who is also a mother. Later, Aldis Hodge posted the pictures with Bell and her family captioning "When you find out they serve all you can eat lobster Mac and Cheese at the party." Which proved that he is pretty close to the family and falsified his dating rumors as well.