This Year's Oscar was more political than before; From Jimmy Kimmel speech to Puerto Rico Hurricane Awareness; Here are the Five of the best Political Moments 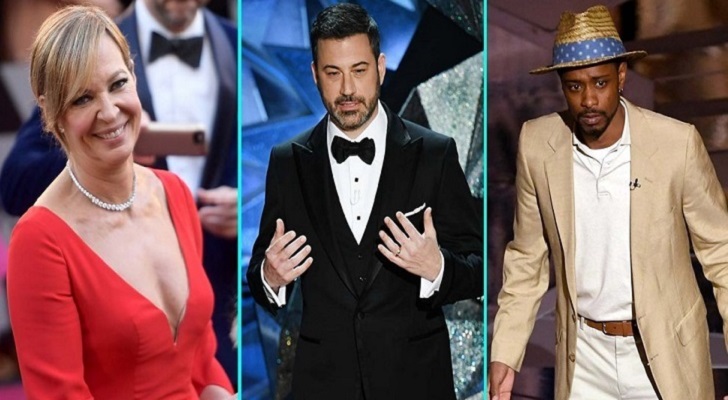 Well, you know what they say, it wouldn't be the Oscars without political dramas all around. Today in this section, let's take a look at five political influenced moments of this years Oscars.

Five Political Moments in the 2018 Oscars

Oscars is one of the most awaited live telecasted events in the world which is viewed by over a million people all around the globe. The Oscar events over the year have made a lot of headlines, from Leonardo DiCaprio finally winning the Academy Award to the movie La La Land winning the award by mistake.

You know how it is. The event is full of emotions, controversies, embarrassments, and celebrity will often talk about how the current situation in the world is affecting the society.

Without further ado, today in this section let's take a look at five of the political moments we saw in this year's Oscars.

The year 2018 bring a lot of happiness but sadness as well. Last month in February, the former student of Stoneman Douglas High School, Nikolas Cruz, unloaded guns on the innocent students and teachers, killing 17 students and injuring 14. 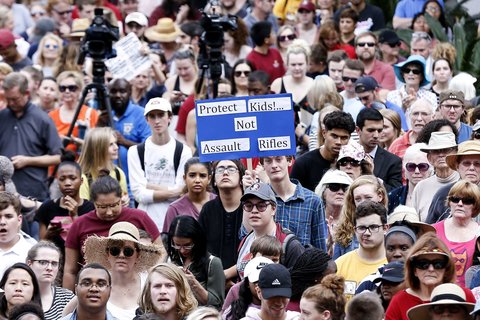 The incident was one of the deadliest high school massacres in the world. Soon after the incident thousands of people marched against NRA and current President of the United State of America, Donald Trump.

Tonight, actors and allies will #WearOrange pins and ribbons on the #Oscars red carpet to bring awareness to gun violence prevention in the wake of the Parkland school shooting. https://t.co/7BxtM6bTKD

In order to pay tribute and protest against guns policy in the United States, celebrities wore Orange Anti-Guns Violence pins. Attendees even showed the signature, "Time's up" black and white pin.

Last year in 2017, hurricane Maria devastated the small country of Puerto Rico. The natural calamity became the Third-Costliest tropical cyclone ever recorded. In its wake, the hurricane decimated over $91.61 Billion in damages. 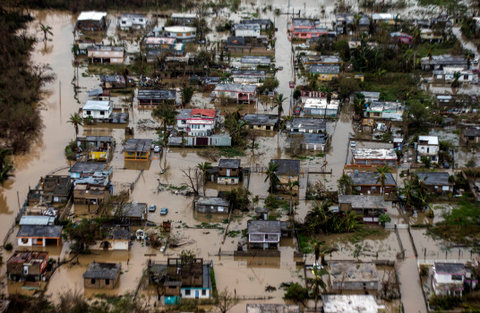 But the year 2017 and 2018 was full of controversial news which mainly circled around President Trump's administration and then in 2018, The Parkland Shooting, which left the Puerto Rico Hurricane as a small news in a pond of big fishes.

In this year's Oscar, Hamilton" creator Lin-Manuel Miranda, in an interview with Michael Strahan stated we should not totally forget about the Hurricane. He encouraged viewers to help and said,

We sure hope Puerto Rico recovers from the disaster and we also urge our viewers to help in any way possible.

It looks like all of the controversial Political moments from the last year and a half is generally done by Trump's administration. While addressing the mass, Pakistani born American Stand-up Comedian Kumail Nanjiani and last year Academy Award winner, Lupita Nyong'o said they stand with all those who have dreams. 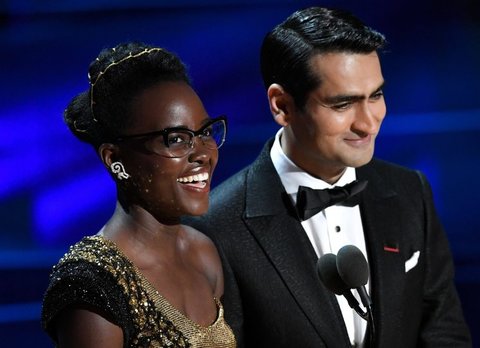 Kumail tweeted on his Twitter account and applauded all the people who have dreams. He urged them to never give up their dreams and also said 'We Stand With You.'

With the statement, both of them addressed the biggest issue of current US, Immigration. Trump announced to end DACA, which stands for The Deferred Action for Childhood Arrivals.

2) Changes in the Industry

The Harvey Weinstein scandal literally shook the whole of the entertainment industry. But no one was able to come forward and speak up against the big producer. The first three woman who spoke up against Harvey's harassment were Ashley Judd, Annabella Sciorra, and Salma Hayek. 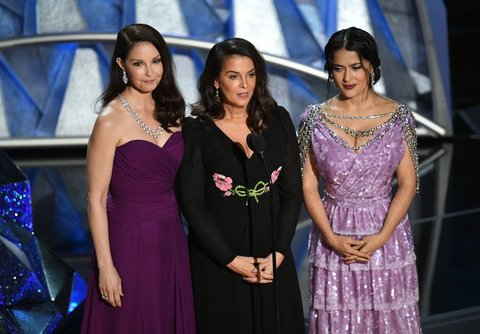 The three ladies shared an emotional moment together as they stood up to the podium and divulged how things are changing a drastic turn since the scandal. It certainly is like a breath of fresh air for the entertainment industry.

"The changes we are witnessing are being driven by the powerful sound of new voices, different voices, of our voices, who are joining together in a mighty chorus that is finally saying Time's Up."

The actresses praised the #MeToo and #TimesUp movement and encouraged people to change for better.

Off all the moments we saw during this year's Award show, Late Night show host, Jimmy Kimmel stole the show. Though it's not surprising to see him show a thousand things just by few words, he indirectly took a dig against biggest controversies. 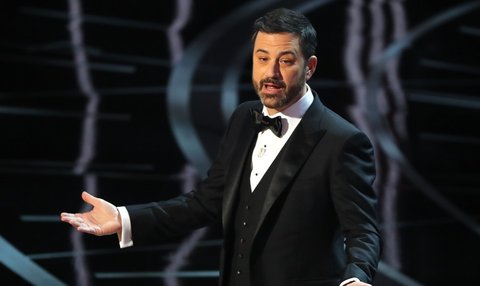 CAPTION: Jimmy Kimmel did the opening for this year's Oscars SOURCE: The Atlantic

First, he praised the movie, Black Panther, and said how great it is to have a black leader. At one point, while praising the fictional country of Wakanda, he divulged,

"There's Chadwick Boseman. The king of Wakanda! Imagine that! A country with a black leader. Wouldn't that be swell?"

Seems he is dearly missing Barack Obama. Next up he boldly took a stab against Harvey Weinstein. He jokingly said,

"Oscar is a very respected man in Hollywood. Just look at him: He keeps his hands where he can see them, no penis."

Among many others, the host also talked about Vice President of the US Mike Pence, the resignation of Hope Hicks and many more. Well, it was certainly fun to watch the host blasting all the people.

This year's Oscar certainly had the best political moments, don't you think? Do let us know if we missed something in the comment section below.