The Baby Factory; Where More Than 2500 Teenagers Deliver Each Year 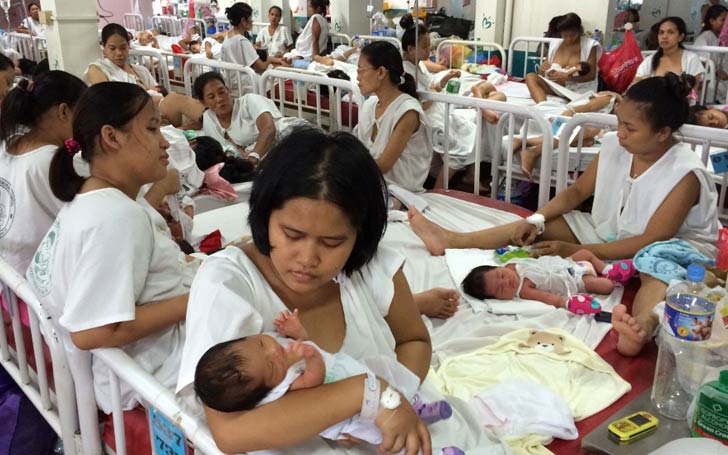 Teenage pregnancy has been one of the governing problems in the Philippines. Even though being the capital of the nation, Manila has the vast majority of teenage pregnancy and maternity each year. Lack of sex education and poverty stand as the causing factor in the increasing teenage pregnancy in this area. Even more, people following the catholic Christianity forbid the use of contraceptives which has been aggravating the rate of early pregnancy in the entire nation.

According to the survey, the girls in the city are allowed to go through the physical relationship from as early as 12 years while they are restricted to use contraceptives until they are eighteen. They can use the contraceptives before 18 but only with the permission of their parents; which is seemingly impossible as the children and parents both hesitate to talk about sex. 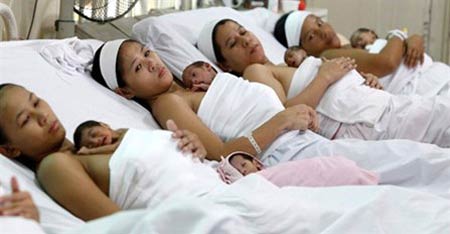 CAPTION: Teenage mothers in a hospital in Manila SOURCE: cailuongvietnam.com

By the time, the Philippines is the only Asia-Pacific country where the rate of teen pregnancy has been rising over last two decades. According to the survey conducted by UN, girls aged between 15 to 19 makes the 10% of the total population of the nation that is 100 million and one out of 10 of them are already mothers. As of 2013, the fertility rate in this age group is 57 births per 1,000 girls which is highest in last two decades.

The Jose Fabella Memorial Hospital, one of the biggest maternity ward in the world which is the place for over 20,000 births in a year reported they deliver above 2,500 teenagers each year. 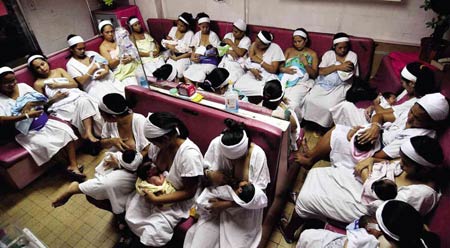 The hospital is considered as ''baby factory.’’ There comes more than hundreds new mom each day but there aren't enough beds for everyone so, around four to five new mom have to share a single bed.

Many of the women who give birth at the Fabella hospital come from poor communities across the capital. In this hospital, the women only have to pay what they can afford. Most of the teenagers in Manila don't even know they were pregnant and many of them suffer a miscarriage due to the ignorance of their pregnancy.

Hundreds of teenagers go through the miscarriage each year due to their early pregnancy and sometimes due to their ignorance about their pregnancy.

One girl of just of 11 got pregnant with her boyfriend of 22, but she was already seven months along when she even realized it. She told,

I didn't know I was pregnant, I was even playing Chinese gata.

When I was jumping the gata I felt something in my stomach then I suffered a miscarriage.

The teenage pregnancy has increased the rate of infant mortality rate heavily while it has also affected the life expectancy of the women and the children hugely.