Teenage Dream Singer Katy Perry's Net Worth? All The Details Of Her Income, Assets, Cars, House And Awards. 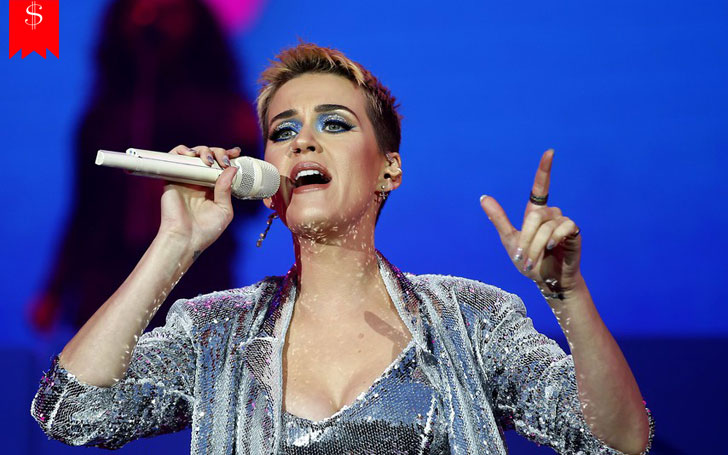 Rocking the musical charts since her 2008 big hit I Kissed a Girl, American singer Kate Perry is one of the ruling voice of the planet. Currently, with her international fame and success, Perry has been successful to established herself as one of the best-selling singers of all time.

How much net worth has Perry accumulated from her musical journey? What are her sources of income? Are you curious about her lifestyle and assets? We have all the details here.

How Much Is American Singer And Songwriter, Katy Perry's Net Worth?

Internationationlly renowned singer Katy Perry has not only earned fame but also has earned a huge amount of money in her bankroll. Perry's estimated net worth in 2018 is $295 million, according to celebrity net worth.

The credit to such an impressive net worth goes to her successful musical career. Perry's earning in 2011 was $44 million and in 2012 her earning was $45 million. 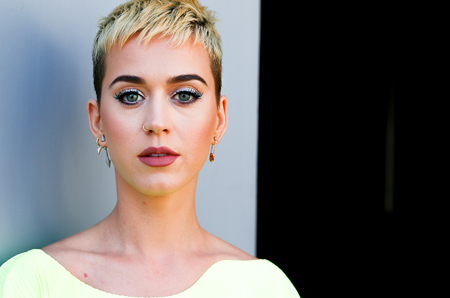 Since rocking the charts with her 2008 hit “I Kissed a Girl,” Perry’s net worth has become one of the highest for female musical artists. Despite not touring, she still earned $33 million from June 2016 to June 2017, according to Forbes. She got a big boost from seven-figure endorsement deals with CoverGirl, Claire’s and H&M.

She earned $25 million as a first-year judge on American Idol. Forbes named her the world’s highest-paid woman in music with $135 million in earnings.

What Is Katy Perry's Source Of Income?

High album sales and world music concerts are the primary source of Perry's income. Perry has sold more than 40 million albums and 125 million singles globally till date. Her 2008 album One of the Boys was warmly received by audiences as she was successful to sell 7 million copies of the album worldwide.

One of the tracks from the album, I Kissed a Girl also ranked #1 on the US Billboard Hot 100. Her single Hot n Cold from the same album sold 7 million copies. 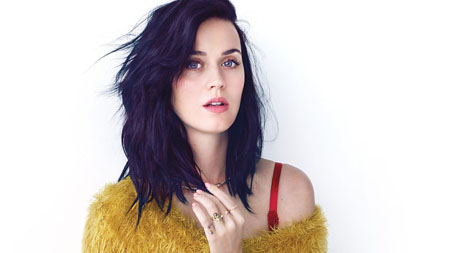 In 2012, she was successful to sell over 37.6 million copies of her album becoming the sixth best-selling digital artist in America. The singer also sold around 4 million copies of her fourth album Prism. Altogether 20 million recordings of the two tracks, Roar and Dark Horse, from the album were sold.

Furthermore, over 3 million copies of her single Chained to the Rhythm from her fifth album witness were sold within 24 hours making Perry the highest first-day streaming for a single by a female singer.

Her album Witness was released on 9th June 2017 and to accompany the release of the album; she also broadcasted her live concert Katy Perry Live: Witness World Wide on YouTube for four days which earned over 49 million views.

The 33-year-old singer also added a huge part of her net worth via world musical concerts. Reportedly, her tour the California Dreams Tour earned $59.5 million in total in 2012. She also made over $2 million per city over the 126 shows from her Prismatic World Tour. The secondary market ticket price for the tour was $252.60. Her total earning from the tour was $135 million. 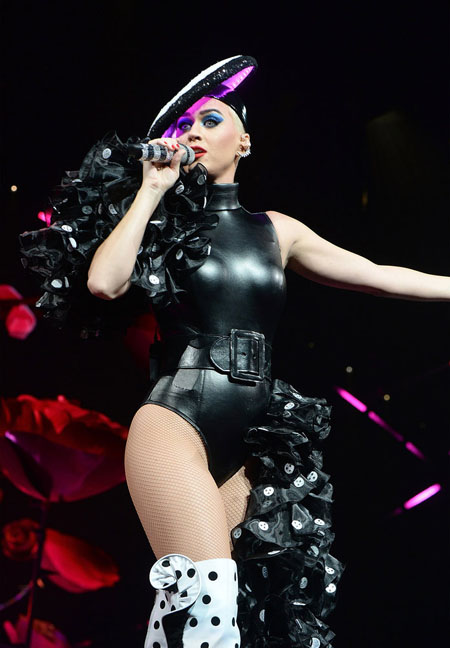 Her next tour Witness which is going to be held in various parts of Europe and Australia this summer. The average ticket price of the tour is $191, and the secondary market prices between $96 to $231. According to Forbes, Perry's earning without doing tours was $33 million in 2017.

Perry also has a hefty salary from American Idol as a judge. Her salary in the show is $25 million making her one of the highest-paid celebrity on television. The show is due for broadcast in March 2018.

Perry is also the owner of a shoe line titled "Katy Perry Collections" which she started in early 2017. Moreover, her seven-figure endorsement contracts with brands including CoverGirl, Proactiv, Claire’s, Adidas H&M and many more also helped the singer to increase her net worth.

Perry also made a guest appearance in series The Fight Before Christmas and How I Met Your Mother. She also voiced in the 3D family motion picture The Smurfs which successfully collected $563.7 million at the box office. Her autobiographical documentary Katy Perry: Part of Me released in 2012 was also successful to make $32.7 million worldwide at the box office.

Her biography, Katy Perry: A Biography by author Kimberly Dillon Summers is also available on Amazon with a price tag $41. 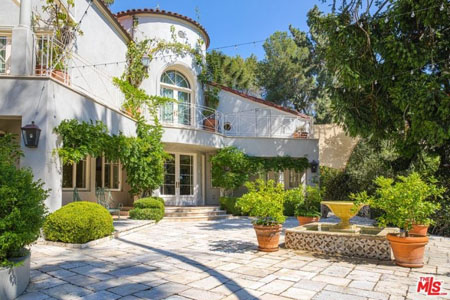 The same year, Perry also listed her 4 bedrooms and 4 full and 2 half bathrooms house in Los Angeles with a price tag $9.5 million for sale. She also listed her Beverly Hills, CA property with 5,427 square feet area 5 bedrooms, 5 bathrooms for sale in $19,000,000.

Perry was once married to actor Russell Brand. The couple tied the knot on 23rd October 2010, however, their married life short lived as they filed for divorce in 2011 citing irreconcilable differences.

The couple officially got divorced on 16th July 2012. According to TMZ, Perry was ordered to pay $20 million to Brand as an alimony which the actor denied to take. 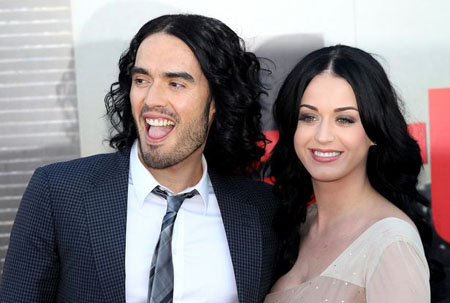 Besides, Brand also gave all the rights to their $6.5 million worth house they owned together as he didn't want Perry's money.

Which Car Does Katy Perry Drive? Her Lavish Lifestyle Details 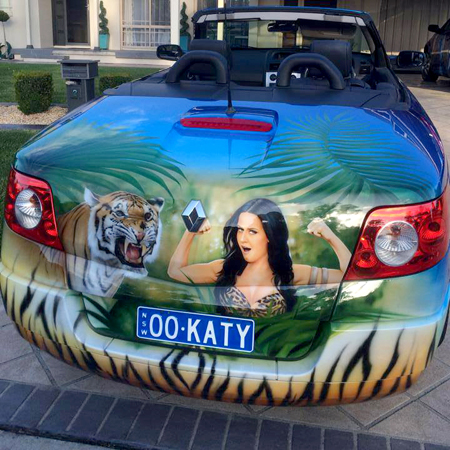 Perry also loves visiting new places in her free times. She posts many photos of her holidays on her Instagram.

Apart from her singing talent, the superstar also has been renowned for her generosity as she has been engaged in several charity events throughout her career. Perry has supported organizations to support children and their welfare including UNICEF. She also donated money from her tour Prismatic World Tour to UNICEF.

She also supported the Boys Hope/Girls Hope foundation shelter for youth in 2010. She also donated all profits from her The Gay Nineties Old Tyme Music: Daisy Bell to the charity Little Kids Rock to support children education. 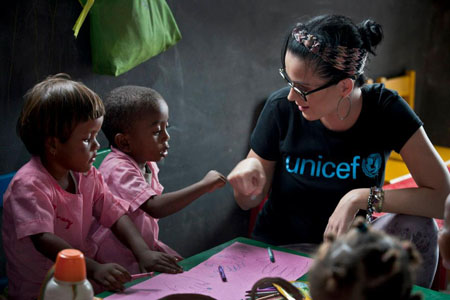 Perry also donated $1 million to organization DonorsChoose. She also supported people suffering from diseases like cancer and HIV/AIDS. She also donated money from Warped Tour for Keep A Breast Foundation. She also conducted We Can Survive concert and gave money to Young Survival Coalition to help young women suffering from breast cancer.

She also raised funds from California Dreams Tour and donated $175,000 to charity for the Children's Health Fund (CHF), Generosity Water, and The Humane Society of the United States. She also started a donations page entitled, the Society for the Prevention of Cruelty to Animals Auckland and David Lynch Foundation on her 27th and 28th birthday respectively.