Technology That Won't Let You Start Bike Without Helmet Or Drunk 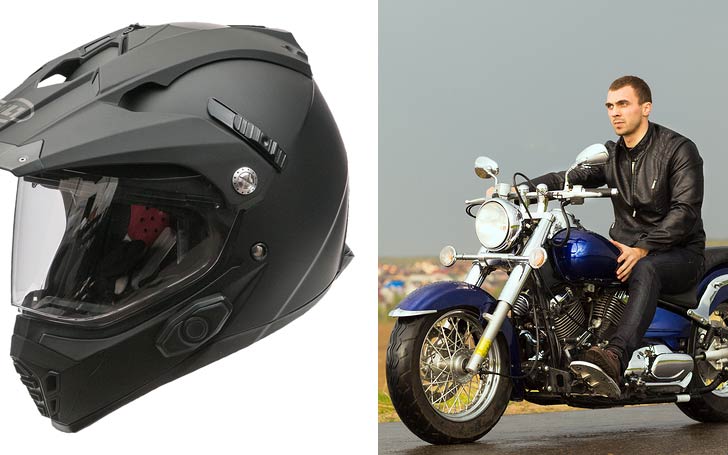 Science and technology have taken a huge step in last few decades; however, human nature and behavior regarding the way to use the technologies have brought a lot of accidents. Not only in the technological field but every part of a day to day activities not away from human negligence which has brought a lot of complications.

One of those complications that are the direct impact of human negligence is casualties in a road accident. Riding a bike without wearing a helmet and riding under the influence of alcohol has been the major cause of the injuries in the bike accidents. However, a team of Indian engineers has invented a smart helmet which will assure if the rider is safe or not before it gets started.

The helmet won't allow the rider if he hasn't worn a helmet or he is drunk. The technology is developed by four final year students of electronics and communication engineering at C K Pithawala College in the city.

Ravi Vaghela, a member of the team, told,

A number of people die on the roads while riding without a helmet. We developed the system keeping the idea in mind that the companies can develop such bikes which do not start if the rider is without the safety headgear.

Another member of the team, Jainish Rana explained the mechanism of the technology as,

The helmet is equipped with a chip that detects if it is worn by the biker or not. We installed a sensor into the helmet that identifies if he is drunk. The sensor tests the breath of the biker on the lines of the police alcohol meter.

Jadav, the third from the group said,

The system has two parts. One is inside the helmet, and another is attached to the bike's engine. The helmet sends a signal to the receiver in the engine whether the helmet is worn or the biker is drunk. The receiver then allows the ignition to start or not.

The other feature of this technology is it is also equipped with an anti-theft module which won't allow the bike to be started without its original key. Moreover, the owner of the bike can stop the bike even after being stolen by sending specific command signals through his mobile.

The students told that they used basic equipment available at the local market to design the helmet; however, it can be manufactured commercially and at an advanced level.

The further told they were planning to approach some leading automobile companies in India to enhance the mechanism.