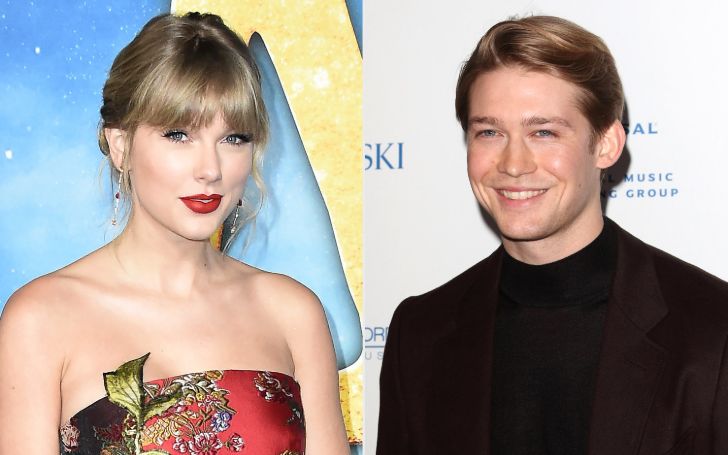 Taylor Swift and Joe Alwyn are head over heels in love! The American singer and the English actor packed some PDA at NME Awards. Swift, 30, gave a kiss to her longtime boyfriend Alwyn, 28, at the award ceremony in London on Wednesday, February 12.

The "Love Story" singer, 30, made a surprise appearance at the event to accept her award for Best Solo Act as her partner was by her side.

Some sweet PDA moments between the two were captured by fans, including a moment when Swift comes to give the actor a kiss.

In another moment, she hugged Alwyn before she went to accept her award. The couple then got cozy; Alwyn wrapped his arms around the songstress and she later ran her hand through his hair.

The Lover singer and the Harriet star started dating in May 2017 but they kept their relationship secret for almost three years.

In her Netflix documentary, Miss Americana, the Grammy Award winner said that she kept their romance out of the public eye because of the "scrutiny she faced in the past."