Taylor Swift is Ready to Move in with her Boyfriend Joe Alwyn, Full Details About The New Relationship 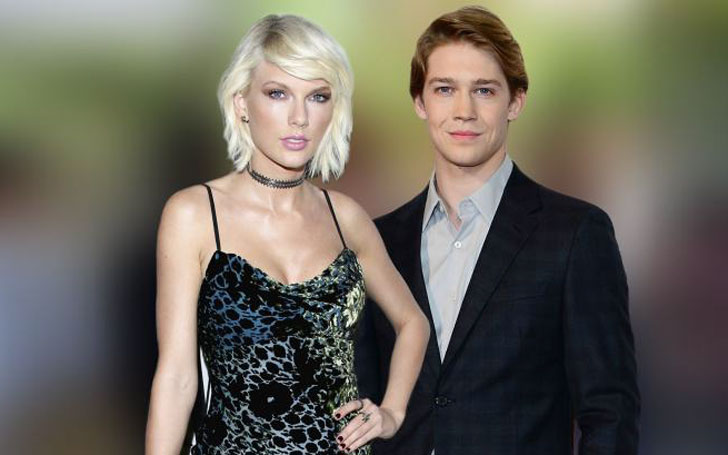 Guess Taylor Swift is finally ''out of the woods.'' After her good couple of months hiatus from all the break-up, hookups and Kanye-Kim Feud, Tay Tay is finally back. And guess what? With a new man in her life.

Taylor Swift's newly budding relationship with boyfriend Joe Alwyn has been the talk of Hollywood this past couple of weeks. And what different news do we have here? Well, Taylor Swift's dating history with Joe Alwyn plus her new music video from her new album.

How Long Has Taylor Swift Been Dating Boyfriend Joe Alwyn

The undisputed queen of breakup songs, Taylor Swift, has found a new muse! The pop icon who has dated everyone from Tom Hiddleston, Calvin Harris, Taylor Lautner to Harry Styles among many others has picked someone not quite that famous this time.

After creating a storm in Hollywood romancing with the Thor: Ragnarok star Tom Hiddleston, Swift lay down low for a while. She's still not out in the media but her new romance is! Taylor has been seen time and again with the up-and-coming Brit actor Joe Alwyn.

Taylor Swift has been secretly dating British actor Joe Alwyn who featured in “The Sense Of An Ending” since May 2017.

It's being reported that Swift has been spending some days at a time in London covering herself putting on a wig in order to keep the romance away from the media. Well, nothing can be hidden from Paparazzi!

Do you think this is a serious relationship and this duo is the real deal. The singer superstar Taylor Swift has reportedly rented a flat in North London to be close to Joe's North London home.

"He's a real family man and is close to his parents, so he will still be a regular visitor to their London home. That means Taylor will still be able to continue her love affair with London where she can walk around unnoticed and live a relatively normal life."

According to The Sun, Joe really wants to be near Taylor and moving to the US will mean they can spend much more time together while he looks for new roles. But, Joe would 't be in U.S.A all the time. Seems like Taylor and Joe might actually make it!

The pop sensation star recently launched music video of “Look What You Made Me Do” from her new album Reputation. The album will out in the market by November 2017. Let’s check out the video here.

Swift and Alwyn made a surprise appearance at NME Awards on February 12, 2020. During the award, the songstress gave a kiss to the actor before she went to accept an award for the Best Solo Act.

Fans captured the sweet PDA moments and were uploaded on social media sites.

The music video of Look What You Made Me Do is one of her best music videos ever. The video is in the trending since it's launched. The video tells a lot of thing within four minutes. She used real pieces of jewelry and diamond worth over $10 million.

According to the New York Post, one of the snake rings of her left ring finger appeared to be the same piece which Zoe Saldana wore to the 2013 Oscars.

The Blank Space singer Taylor Swift is all-time most followed celebrities on Instagram. You may wish to know what is the actual numbers of her followers as of now, watch the below video.

Currently, she is preparing for her new album Reputation which is releasing soon. The new album's three singles have released yet; Look What You Made Me Do, You're So Gorgeous and Ready For It. On October 27, she released the music video of Ready For It.