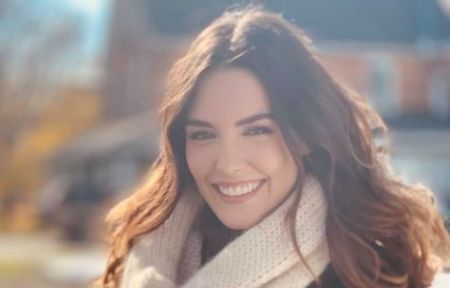 Taylor Cole is an American actress who started her career as a fashion model during her high school traveling to places like Australia and Italy. She is best known for her performance in Surrogates, 12 Rounds, and The Event.

How Tall Is Taylor Cole?

Her mother is Deborah Quinn while the identity of her biological father is not available. She is a stepdaughter of an actor Shawn Christian. She has a half-brother Kameron Christian.

Taylor attended Mirabeau B. Lamar High School. Playing with the volleyball team, she traveled around the country with the Junior Olympics squad.

Success From Modeling To Acting

The 37-year-old moved from Arlington to New York to further her career in modeling. Initially, she appeared in commercials and advertisements for Dooney & Bourke handbags, Old Spice, and Crest toothpaste.

Taylor is still signed to Los Angeles agency Nous Models Management despite her main focus is on acting. Talking about her acting career, she auditioned for the WB series Summerland after visiting her mom and step-dad. Earning the main role of Erika Spalding in Summerland (2004–2005), she debuted in the industry. 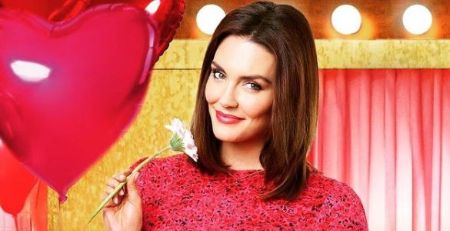 Eventually, she came to the spotlight for appearing in the 2009 film 12 Rounds alongside John Cena, Aidan Gillen, Ashley Scott, Steve Harris, and Brian J. White. Likewise, she is also a part of other movies like All You've Got, Loaded, April Fool's Day, The Violet Kind, Dumbbells, and Bad Blood.

Some of her television shows include Heroes, Secret Girlfriend, The Event, CSI: Miami, The Glades, The Originals, Salvation, Two and a Half Men, Hawaii Five-0, and Supernatural. Furthermore, she has appeared in  Hallmark movies such as Appetite for Love, Christmas In Homestead, Christmas Festival of Ice, Falling For You, Ruby Herring Mysteries: Silent Witness, Matching Hearts, Unlocking Christmas, and One Perfect Wedding.

What Is Taylor Cole Net Worth?

One Perfect Wedding actress has never revealed her exact wealth However, as per reports, Cole is worth $2 million as of May 2021.

She gathers a whopping sum via her acting and modeling career. In the United States, the average salary of actors is $40,860 per year while models receive a wage of $49,200 on annual basis.

How Did Taylor Cole Meet Her Husband?

Cole is married to Cameron Larson. Hallmark star met the Hallmark producer on the set of Hallmark movies. According to Taylor, their love story actually was very similar to the film Matching Hearts. The couple became friends for many years while Cole tried setting her husband up with a few of her friends. She then said:

“Luckily, similar to the movie, none of the matches worked, and we both realized we were perfect for each other."

Finally, the duo exchanged wedding rings on June 20, 2020, on the shores of Lake Tahoe. At first, they planned for marriage with over 100 guests at a local resort on Lake Tahoe, but it changed due to the Covid-19 pandemic. 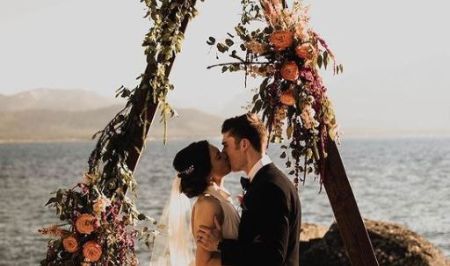 CAPTION: Taylor and her husband Cameron Larson on their wedding SOURCE: Instagram @taylorquinncole

Though the pair thought to postpone their wedding until next year, they could no longer wait due to their excitement. Fortunately, their family and friends did not miss anything from their special day as the videographer found a way to live stream their moment.