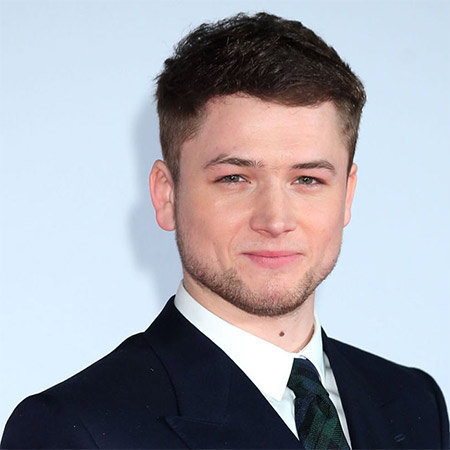 British actor, Taron Edgerton is widely known for his hit movie Eddie the Eagle and Kingsman: The Secret Service. Edgerton is also popular for his role in the TV series and movies like The Smoke, Testament Youth, Legend, and Eddie the Eagle. His performance in the movies helped him to get nominated for several awards.

Taron Egerton was born on 10 November 1989 as Taron David Egerton in Birkenhead, Wirral, Cheshire, England. In the Welsh language, his name, Taron means ''thunder.'' Edgerton is British as per nationality and as far as his ethnicity is concerned, he is Caucasian.

His family and father used to run a bed-and-breakfast and his mother was engaged in social services. Egerton was raised in Wirral, Cheshire, England and he spent his most of his childhood in Llanfairpwllgwyngyll and also attended a primary school. Egerton's parents were from Liverpool, England but his grandmother is from Welsh.

When he was 12 years old, he moved to Aberystwyth. Though he was born in England, he prefers to consider himself to be Welsh and also speaks with the Welsh accent.

Taron Egerton joined Ysgol Penglais comprehensive school and he completed his graduate degree from with a BA in Acting from Royal Academy of Dramatic Art in 2012. He has also been trained with acting, dancing, and singing.

Initially, Taron Edgerton worked in several theaters plays including The Last of the Hausmanns and No Quarter.

Taron Egerton made his acting debut from television screen where he appeared in a British television detective drama Lewis in 2013. As Dennis "Asbo" Severs (the rookie of the White Watch who has a troubled past), he appeared in eight episodes of a British drama TV show The Smoke. He earned his first lead role in the series where she worked with Jamie Bamber, Jodie Whittaker, and Rhashan Stone. HIs performance was highly appreciated by both fans and critics.

As of 2018, Egerton is working for his upcoming series, Moominvalley where he will be appearing in a lead role.

Edgerton worked in two short movies at the initial phase of his career. He started his journey in big screen with a super hit British spy action comedy film Kingsman: The Secret Service where he appeared in a role of Gary "Eggsy" Unwin in 2014.

His diverse acting in the movie helped him to win Empire Award for Best Male Newcomer. Egerton also got nominated for BAFTA Rising Star Award and Teen Choice Award.

The same year Egerton also made the super impact with British drama film Testament of Youth. The movie starred Alicia Vikander, Kit Harington, and Colin Morgan. He has been nominated for London Film Festival for his performance in the movie.

In 2015, he made his acting presence in French-British crime thriller Legend along with Tom Hardy as Edward "Mad Teddy" Smith. Egerton once again made his super impact with the biographical sports comedy-drama film Eddie The Flying Eagle in 2016.

As of 2018, he is working in two upcoming movies Billionaire Boys Club by James Cox and Robin Hood by Otto Bathurst.

According to Celebrity Net Worth, Taron Edgerton has an estimated net worth of $ 6million. His net worth is increasing every year. Edgerton earns a huge money from his acting career.  He worked in several movies that made an amazing collection at the box office.

Here is the list of some of his hit movies:

''I wouldn’t claim to be someone who does [charity work] to an enormous extent. There are some actors who very nobly use their platform and commit a lot of their time to charity work... but it’s only something that I do annually. I normally do local events at home for it, because it’s a way of sharing what I do with the local community that I’m from, and, at the same time, raise money for local sufferers of the disease... [But] I’d like to do more in the future.''

He also became an ambassador of the Motor Neuron Disease Association.

Taron Egerton is young, energetic and good looking actor of today's generation. The man with a number of female fan following is currently dating British producer, Emily Thomas. The pair started their affair in November 2016. The girlfriend boyfriend couple was spotted together several times in the past which arose the rumor about their dating.

In an interview in 2017, when he was asked about his relationship status, he said,

''Umm, I am not! It would be very flattering when anyone would want to date with me."

Edgerton has mentioned his girlfriend who might soon turn into his wife several times in interviews but never revealed the name. But after he was spotted with Thomas everything was clear. The couple is together for years but they are yet not married.

Being a star icon he was named one of GQ's 50 best-dressed British men in both 2015 and 2-16. This young star keeps huge interest in traveling and listening to music.

Edgerton has been active in several social media with thousands of fan followers.

Check out the interview of Taron Edgerton: