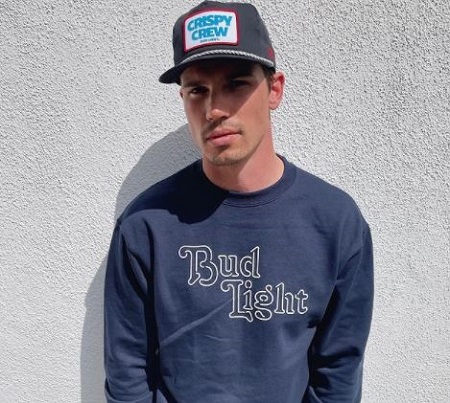 Ever since the on-screen debut in 2009 through the film Maneater, the American actor Tanner Novlan is shifting himself up to the pinnacle of success throughout these years. Famous for playing Dr. John Finnegan in The Bold and the Beautiful (2020), Novlan has made notable TV appearances in Mohawk Girls (2016-17), Modern Family (2020), and Roswell, New Mexico (2020).

When Is Tanner Novlan's Birthday? His Age & Height?

Novlan was born in the United States in 1985, his birthday falls on April 9. An American by nationality, Tanner hails from British-Irish ethnicity. No detail on his family members or academics is out.

Professional Since 2009- Works In TV Series And Films

Often recalled for his appearance in a funny Liberty Mutual commercial with (on purpose) botched lines, Tanner move to the TV screen & made his on-screen acting debut in the 2009 horror Maneater. He then made a brief appearance in the TV series Bones (2010) and Sick Puppies: Maybe (video short, 2010).

Following guest roles in Parenthood (2012), and Rizzoli & Isles (2014), the American actor got TV recognition with the role of Midas in the comedy series Mohawk Girls (2016-17) starring Brittany LeBorgne, Heather White, and Maika Harpe.

Along with TV, Novlan worked in the films Flatbush Luck (2016) and Fallen Stars (2017) between those years. In 2018, he shared the screen with Maddison Bullock, Lisa Mihelich, and Michael Monks in the film Ice: The Movie and appeared in the TV film My Best Friend's Christmas (2019), a year later. 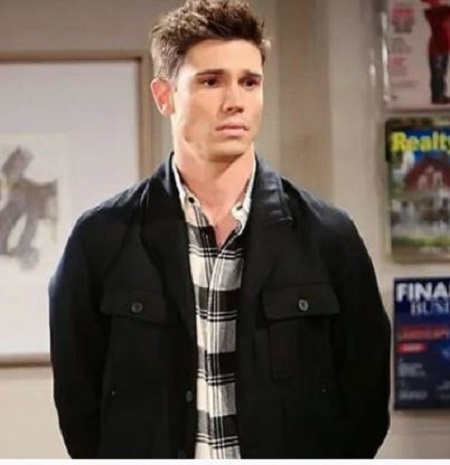 He played a recurring cast, Dr. John Finnegan, in 28 episodes of The Bold and the Beautiful (2020) featuring Katherine Kelly Lang, Ronn Moss, Susan Flannery, and John McCook in the main as well as the veteran cast.

Career Update: As per IMDb, Novlan is set to appear as Mike Murphy in the pilot episode of Puckheads (filming).

How Much Is His Net Worth? Salary And Income Sources

Professional as an actor for over a decade, Tanner Novlan gathers a hefty sum through his acting career. Having appeared in a notable role in Mohawk Girls (2016-17), the American became a recurring cast, Dr. John Finnegan, in the TV series The Bold and the Beautiful (2020), totaling 17 acting credits so far.

Online sources estimated that Novlan has a $1.5 million net worth in May 2021. Allegedly, The Bold and the Beautiful star gathers a salary of hundreds of thousand dollars per year (6-digit figure) per year. His other income sources are endorsement and sponsorship deals. An active Instagram user (@tannernovlan_), the actor ama s ses more than 81.9K followers, As per calculation from Influencer Marketing Hub, Tanner can earn $294 - $490 per sponsored post on Instagram.

Who Is Tanner Novlan's Wife?

Tanner Novlan enjoys a blissful married life with his actress wife Kayla Ewell. The duo met on the set of Sick Puppies' music video of the 2009 single "Maybe." Soon after, they began dating & got engaged in the fall of 2014.

Reportedly, after 9 months of engagement, Novlan exchanged vows with his girlfriend-turned-fiance Kayla on September 12, 2015. Their wedding took place at the Jonathan Club in downtown Los Angeles in attendance of nearly 200 guests, including family, friends & relatives. 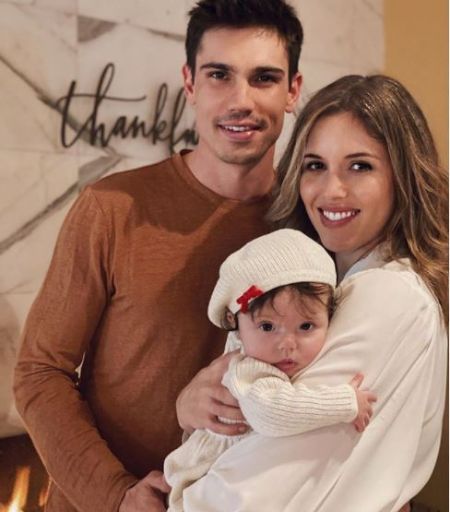 Together, the couple is a parent to a child, a daughter named Poppy Marie Novlan, born on July 16, 2019.

Currently, the happy family of 3 lives in Los Angeles. Tanner often shares the family moments on his Instagram.