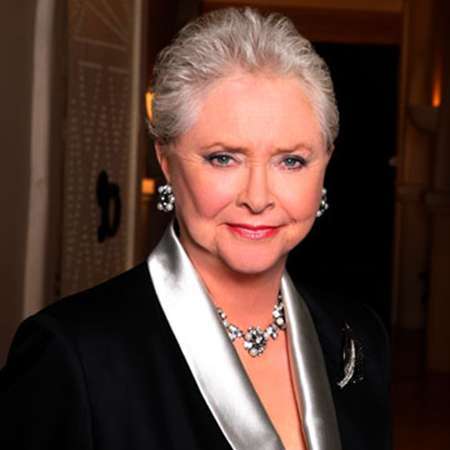 Susan Flannery is the name of an American soap opera actress who has been in the industry from 1963 till 2013. She is one of the legendary actresses in Hollywood. She is also known for her role as Stephanie Forrester in the television series “The Bold and the Beautiful” which aired from 1987- 2012 and also as Dr. Laura Spencer Horton on Days of our Lives that was aired from 1966 till 1975.

She was born in the year 1939 July 31 in Jersey City, New Jersey, United States. She is an American and belongs to the White American ethnicity.

Since her childhood, she has wanted to be an actress. Following her dreams, she earned her BFA degree in theatre from Stephens College based in Missouri and has graduated from theatre arts at Arizona State University.

Susan Flannery became active in the acting arena in 1963. After completing her graduation, appearing in an episode of a television series called “Burke’s Law” in the role of Lily’s Secretary.

She then began to appear in the movies as well as different television series that run for several seasons. She is known for her act in Days of our Lives that ran from 1966 to 1975.

Her role on the American soap opera The Bold and The Beautiful made her popular worldwide through which she won the Daytime Emmy Award for Outstanding Lead Actress in a Drama Series three times in 2000, 2002, and 2003.

She has appeared in the movies like Guns of Diablo, The Towering Inferno, for which she even won the Golden Globe Award for New Star of the Year, The Gumball Rally, Anatomy of a Seduction, and Money on the side.

She can also be seen in several other series like Dallas, Hope & Faith, Felony Squad, etc. She retired from the acting arena as she had bad health, as she has fibromyalgia. She is an aspiring icon in soap operas.

She has been one of the most successful and recognized and reputed actors during her regime and even now as a legend in the soap operas.

She has stood as the number one actress in the Top 50 Soap Actresses of all time poll in the internet blog We Love Soaps in 2010.

She has also served as a director. She has been nominated twice for the Directors Guild of America.  She is active in the American Federation of Television and Radio Artists. Currently, she enjoys her retired life and her last appearance was in 2012 with the TV series The Bold and Beautiful.

Susan was a very pretty and elegant one with a charming face back then in her young age and has pulled the attention of many people. Susan is now in her mid-seventies, still as graceful and stunning as ever.

There is no information about her husband, marriage, or even her past affairs. It is amazing that the successful and in-demand personality of that time still has been able to maintain her low profile.

She has one daughter named Blaise, who is not her own daughter but adopted her in 1987. Blaise is currently attending the Macquarie University in Australia.

Susan's current net worth is $9 million, according to celebrity net worth as of 2019. Susan is currently living in Santa Barbara, California with two Labrador retrievers. She is also a licensed pilot and a gourmet cook.

In the year 1974, the actress was a cast in the movie The Towering Inferno which became the quiet hit at the box office racking up over $139 million worldwide. The movie starring Richard Chamberlain, Robert Wagner, and more.