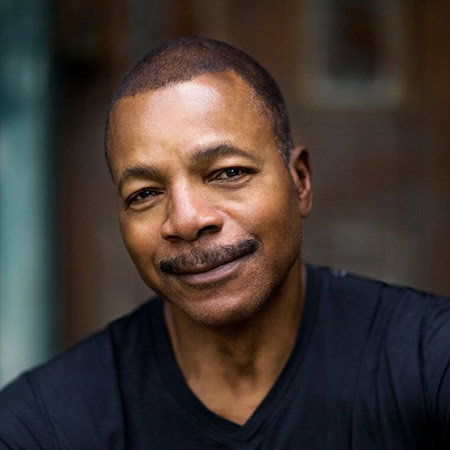 Carl Weathers, an American actor and former professional football player, was born on January 14, 1948, in New Orleans, Louisiana. The actor is notable for portraying Apollo Creed in the Rocky series of films. He is also quite popular for portraying Jericho "Action" Jackson in Action Jackson, Dillon in Predator, Chubbs Peterson in Happy Gilmore and Little Nicky, and a fictionalized version of himself on the comedy series Arrested Development.

Carl Weathers attended St. Augustine High School, New Orleans and graduated in 1966. He then attended Long Beach City College and went on to study at San Diego State University, earning a B.A. in Drama in 1974. He was a very athletic person during high school and was involved in boxing, football, gymnastics, judo, soccer, and wrestling.

Carl Weathers played football as a linebacker both in college and professionally with Steven Diaz. He started his college career in 1966 at Long Beach City College but was unable to play in 1966 due to an ankle injury. He then transferred and played at San Diego State University, becoming a letterman in 1968 and 1969. In 1970 and 1971, he played seven games for Oakland Riders before joining BC Lions in 1971. He played 18 games until 1973 and retired from football to pursue an acting career in 1974.

Carl Weather’s first major appearance in a film was 'Bucktown and Friday Foster'. Before that, he had appeared in an episode of the 1970s sitcom Good Times entitled "The Nude". He also has guest starred in an episode of Kung Fu entitled "The Brothers Caine". In 1976, he appeared in Rocky as Apollo Creed, which was an extremely successful movie and defined his acting career.

Before appearing again in Rocky II in 1978, Carl Weather appeared in 'Close Encounters of the Third Kind', 'Semi-Tough', 'The Bermuda Depths' and 'Force 10' from Navarone. After that, he appeared in 'Rocky III' in 1981 and 'Rocky IV' in 1985. He then appeared in famous movies such as 'Predator', 'Happy Gilmore', 'Alien Siege', 'The Comeback' and 'American Warships'. He also appeared in TV series Tour of Duty, Street Justice, The Shield, Arrested Development, Psych, Regular Show, Colony, Chicago P.D. and Chicago Justice as well as in Michael Jackson's "Liberian Girl" music video and in Mortal Kombat X as the voice and likeness of DLC character Jax Briggs.

Apart from football and acting, Carl Weather is a member of both Big Brothers and the United States Olympic Committee. In February 1973, he got married to Mary Ann Castle. They had two sons, Jason and Matthew, before getting divorced in 1983. The next year, he married Rhona Unsell. He married his third wife, Jennifer Peterson, in 2007. They divorced in 2009. In 2016, rumors were spread that said that Carl Weathers was dead. The August 2016 report confirmed it as a complete hoax. The actor has a net worth of $8 million.