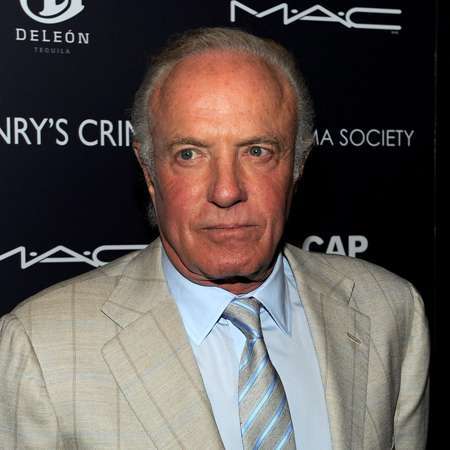 An enigmatic actor, James Caan is known for his significant roles in the movies Brian’s Song in 1971, The Godfather in 1972, A Bridge Too Far in 1977,etc. James is also known as Jimmy Caan where his full name is James Edmund Caan. He is an American and bred in The Bronx of New York City. His father Arthur Caan and mother Sophie Caan are of Jewish descent and German nationals. His father was a meat dealer and butcher. He has three siblings including him.

Growing up in Sunnyside,Queens of New York City, he spent his childhood there. He went to the school in New York City and later went to Michigan State University and later transferred to Hofstra University in Hempstead, New York but did not graduate from the university. He was the cla s smate with Lainie Kazan and Francis Ford Coppola back in his university days at Hofstra. While at Hofstra he became fascinated by acting and gave it a try. He was interviewed, accepted and even got graduated in acting from New York City’s Neighbourhood Playhouse School of Theatre. He started his career on the screen as a sailor in Irma la Douce in the year 1963 and impressed his audiences with his performance in Red Line 7000 and Ek Dorado in 1965 and 1966.

His acting moved the hearts of his audiences and put them into tears and got high acclamation for his performance in the role as cancer-stricken Chicago Bears running back Brian Piccolo in the TV film Brian’s Song in 1971. Then he became popular and started his legacy in Hollywood industry. However, this rising star sputtered badly while he was in the march of make more legacy due to the failure of several film projects. He dropped out of stardom for several years before turning with the stellar performance in the movie Gardens of Stone in 1987. He is still in demand and is making himself known to the younger generations of fans as well. He has been in the industry since 1966 till date.

James’s personal life has also been full of ups and downs like his professional life as people compares his story to a rollercoaster. He has been married four times and even his fourth marriage is filed for divorce for which yet no legal decision has been made. He was married to Dee Jay Mathis in 1961. They have a daughter together named Tara Caan born in 1964. However, the marital relation did not seem working so they got divorced in 1966. Later, he started dating models and actress but all the relationships were short-lived. He was in career height so he was one of the undeniable handsome hunks to dream of. He dated with Sheila Marie Ryan, who was a former girlfriend of Elvis Presley. They got married in 1976 but divorced the following year. They have a son together named Scott Caan, who is also an actor now, born the same when they got married.

After a decade and more, he married his third wife Ingrid Hajek in 1990 September. They have a son together named Alexander James Caan born in 1991. However, this marriage also ended up in divorce in 1994. A year later of divorce, he got married to his fourth wife Linda Stokes in 1995. They have two sons named James Arthur Caan born in 1995 and Jacob Nicholas Caan born in 1998. They were spending a happy married life despite the rumors heard or read in the media. However, the marital relationship came into the verge of divorce after the relationship was filed for divorce on November 2009 citing irreconcilable differences. Despite the rollercoaster-like history, he is a proud father of five children and four grandchildren and loves to spend some of his time with his grandchildren when possible.

His life has been full of ups and downs, therefore, he has not been void of lots of rumors in personal as well as professional issues at the past for sure. The rumor of his death hit the internet for it was written James Caan dead 2016. However, the rumor is confirmed now as a hoax.

76 years old James has been and still is a handsome and charming person. He stands the tall height of 5 feet and 9 inches and accompanying body weight. He is aged but he still is pa s sionate about acting. Therefore, he is still in demand in the industry with high net worth and paid an appreciable sum of salary for his work

Age is just a number. Despite he seems old, he fancies social media and is active in it. He is found on Twitter, Instagram as well as facebook. And there are  a lot of internet site where one can find his short bio.