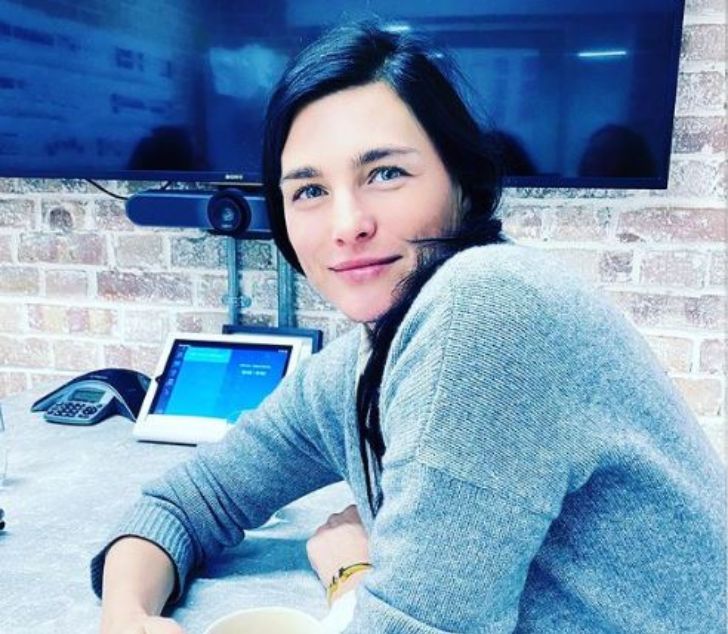 Intense fashion pa s sion and knowledge saw English stylist and shoe designer Tabitha Simmons, a blooming career, who formerly worked as a fashion model. The 2011 British Fashion Awards winning entrepreneur landed on a fast track after the launch of her shoe collection in 2009; surely, her work experience with Jefferson Hack, Calvin Klein, and Alexander McQueen played a vital part.

Simmons, also a Vogue editor, is the mother of three from her two marriages. Currently, she lives with her second husband Robert Livingston "Topper" Mortimer. Below are further details on Tabith Simmons' personal and professional life.

Where Is Tabitha Simmons From? Age and Height In 2021?

Simmons was born to English parents on February 11, 1971. The native of Cambridgeshire, England, the UK is English by nationality. The hazel-eyed designer is 50 years old as of 2021 and has a height of 5 feet 7 inches.

Growing up in England, at 14, while attending secondary school, Tabitha Simmons worked in a shoe store; it was her first attachment with fashion. So she later enrolled at and graduated with honors from Kingston University in London, with a degree in film and set design.

Having worked as a fashion model while at Kingston University, Tabitha then began working as a stylist with Jefferson Hack (at Dazed), Calvin Klein, and Dolce & Gabbana. She also styled shoes for Alexander McQueen, which would inspire her to go for a footwear release.

In 2009, Simmons launched her debut shoe collection, which became an instant success, that even won her an  Emerging Talent Prize British Fashion Awards in 2011. Why wouldn't it be a success? Since it features exotic skins and the finest leathers with a couture craftmanship, added with unique styles from the experience of decades. 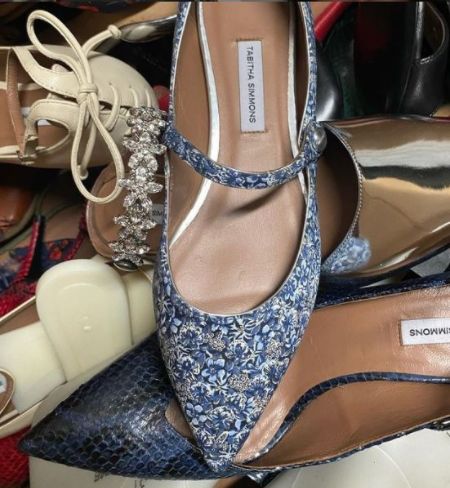 Tabitha Simmons' high-end footwear has been featured in magazines such as Harper’s Bazaar, Elle, Marie Claire, Vanity Fair, and Vogue. Throughout 30 countries, there are more than 85 retailers of her shoe designs; the flat pointed-toe Alexa being her best-seller.

Moreover, she serves as a contributing editor at American Vogue and Vogue.

While Simmons has a history of struggle for career success, seems her married life went through challenges as well. However, unfortunately, her first marriage ended with divorce.

But, says love finds one, and Tabitha found her soulmate who is now her boyfriend-turned-husband (second as well as current) Topper Mortimer (birth name: Robert Livingston Mortimer). He is a New York-based financier and son of John Jay Mortimer. They met in The Hamptons in 2014 and got engaged after 3 years of dating in 2017. 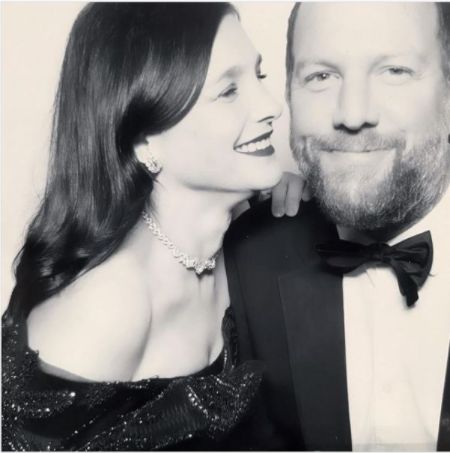 The wedding ceremony took in an Episcopal service at the Church of the Resurrection, followed by a reception at The Brook, a private club.

Before Topper, Tabitha Simmons was in a marital relationship with award-winning photographer Craig McDean. However, after 10 years of marriage, they divorced in 2013. On the other, her current husband Topper is the ex-spouse of Real Housewife star Tinsley Mortimer (they eloped at age of 18, but their marriage was annulled by their parents).

Mother Of Three From Two Marriages

The American shoe designer is the mother of three children, including a daughter from her two marriages. With her ex-husband Craig McDean, she welcomed 2 boys: Elliot (b. 2004) and Dylan McDean (b. 2005).

After divorcing from McDean, she shares the custody of her sons. They were both presents at Simmons' wedding to Topper in 2018. 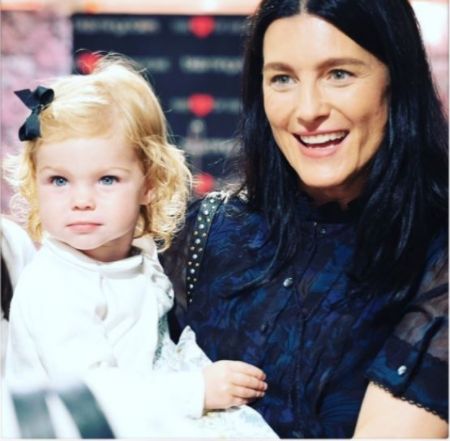 Moreover, with her current husband Topper Mortimer, she is the mother of a daughter named Violet Elizabeth Mortimer; she was born on January 29, 2018. Quite often, on her Instagram (@tabithasimmons), Tabitha shares pictures with her daughter Violet, who has blonde hair and attractive blue eyes.

How Much Is Net Worth of Tabitha Simmons In 2021?

With more than a decade since Simmons came to fame after launching her shoe collection, she stands among notable fashion and styling icons, especially about footwear. Thanks to her successful career, Tabitha Simmons has a net worth of $14 million as of 2021.

Mostly, her revenue comes from the sales of her designer shoes, which have an international market in more than 30 countries. Furthermore, collaborations see her a hefty sum of money; she has partnered with Swarovski for a jewelry line and even more, designed a clothing line for Equipment.

She serves as a creative director for Tanner Krolle, an accessories line of British luxury leathercraft bags.

As for earnings for sponsored posts, she can sum up to $977- $1,628 per post, as per calculation made from Influencer Marketing Hub Tool.