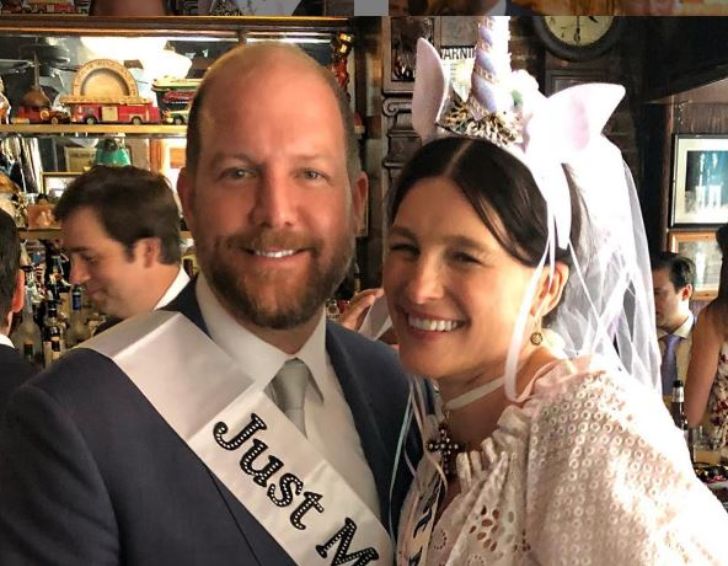 American financier Robert Livingston Mortimer attracted the spotlight from his marriage with The Real Housewives star Tinsley Mortimer, though they divorced later. Despite trying to remain low-key, his second marriage with fashion designer Tabitha Simmons surged the attention of media; they are parents to three children.

While it's evident that being the spouse of famous figures clearly stimulates fame, but Mortimer, it's more than that. He comes from a blue-collar family background; the prominent Mortimer family of New York. Let's get further details.

When Is Robert Livingston Mortimer's Birthday? Age and Height!

Mortimer was born in 1975, in the United States.  An American by nationality, Robert who also goes by the name Topper Mortimer is the son of John Jay Mortimer, a late American financier, and Senga Clark, the editor at House Beautiful magazine. His father John died in 2013.

Mortimer has 2 siblings; a sister named Marian Fountain "Minnie" Mortimer (b. 1980), a fashion designer and wife of Emmy as well as Academy Award-winning screenwriter and director Stephen Gaghan. While his half-brother Peter Davis (born Dwight F. Davis) from his mother's side, is an editorial director of Express and former editor-in-chief of Avenue magazine.

Robert's paternal grandparents were Stanley Grafton Mortimer, Sr. (1890-1947), a stockbroker and U.S. amateur court tennis champion, and Kathleen Hunt Tilford (1890-1970). He is distantly related to actress Brooke Shields, from his aunt Katharine Mortimer's marriage with Francis Xavier Shields, who is the grandfather of the American actress.

His great-grandfather Henry Morgan Tilford was the president of Standard Oil of California. Moreover, Toppe Mortimer is the descendant of John Jay, the first U.S. Supreme Court chief justice; and the first colonial Governor of New York, Robert Livingston.

Topper Mortimer and his now ex-wife Tinsley Mortimer, famous for the reality series The Real Housewives of New York City, were high-school sweethearts. They met at the Lawrenceville School in New Jersey. When they were 18, the two eloped to Bradenton, Florida in 1993.

However, after their parents found out, they forced them to annul their marriage since they were schooling then. While Tinsley went to the University of North Carolina and later transferred to Columbia University, Mortimer enrolled at New York University.

But it didn't stop to bloom their love again, as they married officially on May 4, 2002, at St. Paul’s Episcopal Church in Richmond, Virginia. 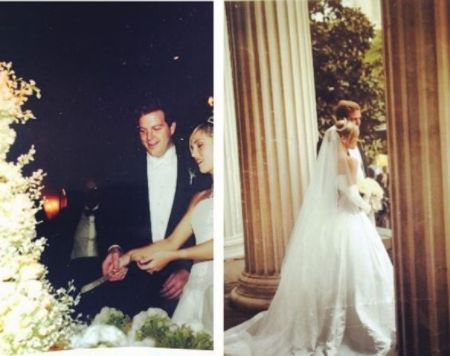 Both of them were so supportive of their career. However, their happy married life didn't last long as they divorced eventually. As reported, since the duo's relationship began to turn sour, Tinsely moved with her new boyfriend Prince Casimir “Ca s sie” Wittgenstein-Sayn, and even more, the reality star made a public statement about filing for divorce.

Despite that bitterness, the two remain good friends.

As of now (2021), Mortimer who works as a financier, lives happily in New York with his wife of 3 years, Tabitha Simmons, an English fashion designer and stylist. They began dating in the fall of 2014 after they met in The Hamptons. In August 2017, the couple announced their engagement via Instagram.

On June 9, 2018, Topper and Tabitha exchanged vows at the Church of the Resurrection in New York, with a reception at a club, The Brook. At the after-party at Dorrian's Red Hand Restaurant, famous figures Liv Tyler, Lily Eldridge, Tory Burch, Sienna Miller, Brooke Shields, and Guy Oseary were on the guest list. 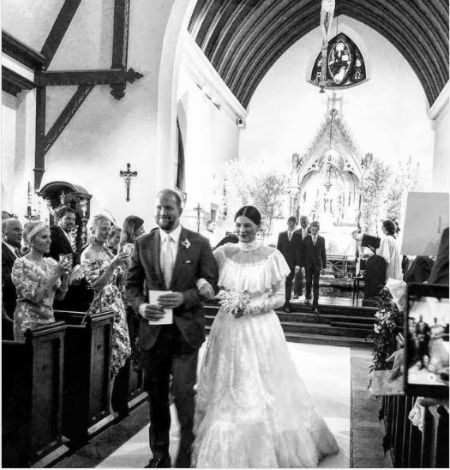 Together, the duo has a daughter named Violet Elizabeth Mortimer, born on January 29, 2018. Quite often, his wife Tabitha shares pictures of their daughter on her Instagram (@tabithasimmons) with over 327K followers as of 2021. 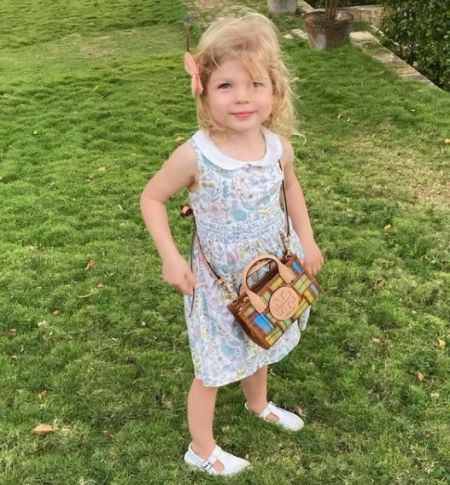 As for a fact, Mortimer's current wife Tabitha Simmons is also a divorcee. From 2003 to 2013, she was in a marital relationship with British fashion photographer Craig McDean; even more, they welcomed 2 sons: Elliot (b. 2004) and Dylan McDean (b. 2005).

Net Worth Of Robert Livingston Mortimer

The national average salary of a financier in the United States is $52,300 per year, while the likes of experienced financiers like Mortimer earn much more. Aside from his job, Mortimer's wealth saw an acquaintance of his family's fortune- the Mortimer family among prosperous families in New York.

As for his second wife, Tabitha Simmons, the Engish fashion designer is worth $14 million in 2021.