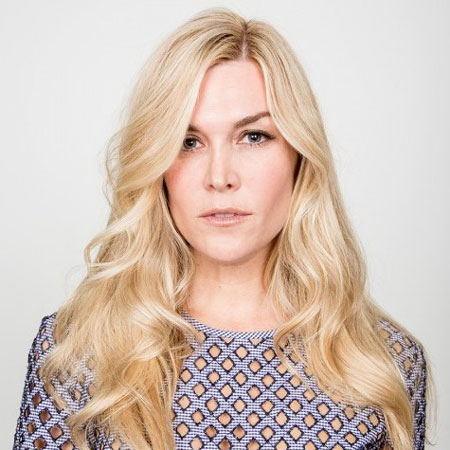 Tinsley Mortimer is an American socialite as well as a television personality, widely recognized for her appearance on the season two premiere episode of Gossip Girl. She eloped at the age of 18 with Robert Livingston Mortimer.

Tinsley Mortimer was born as Tinsley Randolph Mortimer on 11 August 1975 in South Carolina, raised in Richmond, VA. She belongs to white ethnicity and holds an American nationality.

Mortimer was born to father George Riley Mercer Jr, a wealthy real-estate investor, whereas mother Dale Mercer, an interior designer. She grew up along with her sister, Dabney Mercer.

Mortimer went to Lawrenceville School, as she was a member of Kirby House. Later, she joined the University of North Carolina Chapel Hill. Mortimer also graduated from the Colombia with a BA in Art History.

Talking about the career of Tinsley Mortimer, she has her own line of handbags and clothing in Japan for Samantha Thavasa.

After a quite successful business, Mortimer involved in branding and design for a condominium development in 2008.

The same year on 1st September, Mortimer made her cameo appearance on the season two premiere episode of Gossip Girl, aired on The CW.

Mortimer also featured in Vestal magazine in the May 2012 issue, cover and featured editorial styled by Lo'renzo Hill-White and shot by fashion photographer Kevil Sinclair.

In the year 2017, it was announced that Tinsley will be joining the cast of The Real Housewives of New York City for the season 9.

Mortimer is currently single. Previously she married to her boyfriend Robert Livingston Mortimer, whom she met at Lawrenceville School. She eloped with him at the age of eighteen, but their parents forced them to annul the marriage.

Later on 4 May 2002, the pair remarried in Richmond, Virginia, However, they divorced after few years in 2009.

After few months of their separation, Mortimer showed up along with her mother on the Dr. Phill show, talking about her divorce.

Mortimer has also dated several other celebrities in between 2009 to 2016 such as Casimir Sayn-Wittgenstein-Sayn, Constantine Maroulis, Brian Mazza, Prince Lorenzo Borghese, and Nico Fanjul.

In the year 2016, Mortimer got arrested for trespassing in Palm Beach, Florida, as police were called to a private house after hearing a woman screaming on the property.

Tinsley Mortimer makes a good amount of money from her multiple careers as an actress, from her clothing company.

From all the sources of her salary, she has earned an estimated net worth in millions. There is no doubt that she is currently living a luxurious lifestyle.