Susan Blakely Living Happily With her Husband Steve Jaffe, Do they Have Children?Know in Details 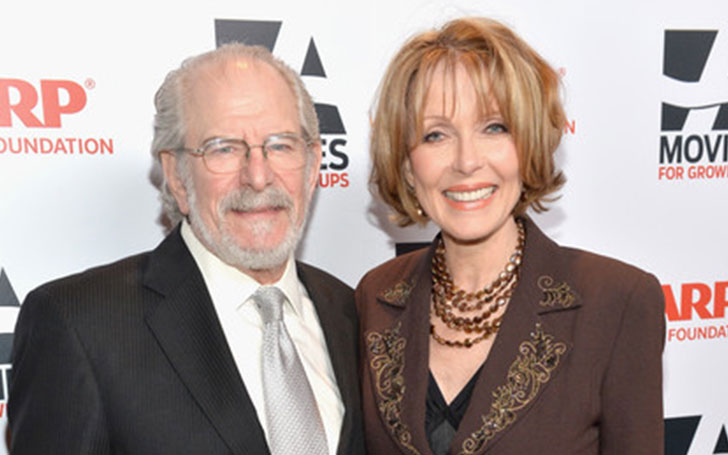 Susan Blakely, a 70 years old beauty is a model turned actress who is famous for her roles in the American TV mini-series Rich Man Poor Man (1976-1977) and Will There Really Be a Morning. The Gloden Globe award-winning actress still makes fans' hearts melt with her enigmatic smile.

It’s been years that this beautiful and graceful lady married  Steve Jaffe.  Is the couple still together? Do they have any children? Let’s find out.

Susan Blakely, as per the sources, has no children as of yet with either of her husbands. But it is believed that she has a Miniature Schnauzer which she considers her child. Despite not having any children Susan Blakely and Steve Jaffe are pretty happy with each other.

It is known that Susan was married before Steve Jaffe, but there is not much information regarding his identity. Blakely's first husband was apparently a lawyer. Susan has kept her marriage life information quite away from the media. She has also never talked about having any children.

Steve Jaffe, is a 73-year-old  media consultant and crisis management expert and also, American Film/Tv producer and is also Blakely's second husband.  Before getting involved with Jaffe she was married to a lawyer Todd Merer but then the pair got separated in 1977.

As per the sources, after her divorce with Merer, Susan started seeing  Steve.  They ended up getting married in 1982 and are still together which make it 35 years of them being with each other.

The video above is from the 17th Annual Angel Awards Red Carpet which Susan Blakely attended with husband Steve Jaffe.

Blakely is seen with her arms on Steve's arms and the way Steve looks at her is proof of true love right there! We wish happiness and prosperity to the couple! It's been the couple still together but the two are yet to be became parents.