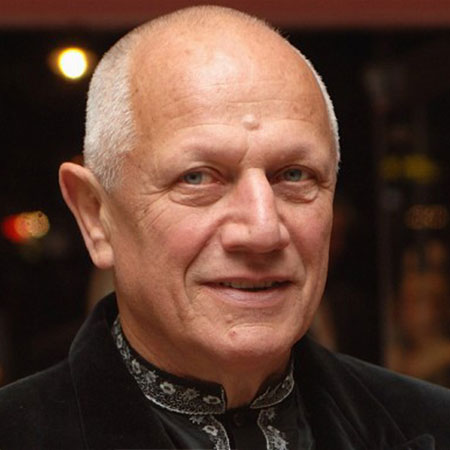 Steven Berkoff is an English actor, author, and theatre director best known for his villainous roles in Rambo: First Blood Part II where he played the role of Lt. Col Podovsky. He has also starred in Octopussy, Beverly Hills Cop, War and Remembrance.

Born Leslie Steven Berks in Stepney, the East End of London on 3rd August 1937. He was born to father, Alfred Berks, a tailor, and mother, Pauline who was a housewife.

Steven was originally named Leslie Steven Berks, however, after he became famous, he replaced the last letter of his last name with "off" and started using his middle name as his stage name. Steven is of British nationality and belongs to the Caucasian ethnicity.

Berkoff started his theatre career in July 1962 at the Repertory Company at Her Majesty's Theatre in Barrow-in-Furness. In 1968, he founded his own company, the London Theatre Group.

He worked in plays Franz Kafka: The Metamorphosis (1969), In the Penal Colony (1969), and The Trail (1971). As a writer, he wrote various plays including East, Greek, Decadence, West, Sink the Belgrano and others.

Steven is widely known for his role as Soviet General Orlov in the 1983 film Octopussy. His other notable film role includes Victor Maitland in Beverly Hills Cop, George Cornell in The Krays, Soviet officer Colonel Podovsky in Rambo: First Blood Part II and others.

Steven also appeared in numerous movies such as A Clockwork Orange, The Pa s senger, Revolution, Prisoner of Rio, and several more. He also voiced in a short animated movie Expelling The Demon which won the Best Film at the Ukraine Film Festival.

Moving on to his TV work, he appeared in The Avengers, Star Trek: Deep Space, Hotel Babylon, La Femme Nikita, and War and Remembrance and others in the past days.

In 2014, Steven did a supporting role alongside Julia Ormond, Jenna Dewan Tatum, Eric Winter, and Christian Cooke in the second season of the TV show Witches of East End. In 2018, Berkoff played the role of King Olaf the Stout in 5th season Vikings.

Net Worth And Earning Of Steven Berkoff

Berkoff has worked in numerous TV series, films, and shows throughout his career. He has earned a hefty amount of money as an actor, writer, and director. Although he has not revealed his exact salary, sources estimated his net worth to be in $millions.

Steven is a married man and living a happy life with his wife Clara Fisher. Steven has not disclosed his wedding details as well as details regarding his marital relationship, however, it is known that he resides in London with his family.

Does Steven Have Any Children?

Steven has a daughter from his past relationship whom he welcomed in the early 2000s. Steven talked about his relationship with his daughter. He said:

Because I felt it wasn't the kind of pukka behavior my family or relatives would admit to, I denied it for many years. But now I see my daughter from time to time an she's a fabulous woman. She ha two sons and I much enjoy being a grandfather to them.