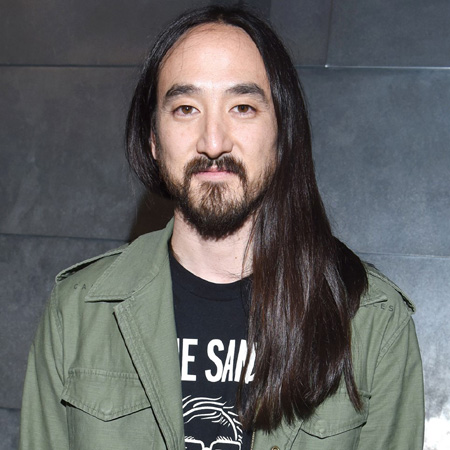 Steve Aoki was born on 30 November 1977 in Miami Florida, U.S.A, and was raised in Newport Beach, California. Aoki completed his school at Newport Harbor High Shcool in 1995. During those days he was an excellent badminton player and played for varsity badminton team.

Steve is the third child of Chizuru Kobayashi and Rocky Aoki. Aoki's father was an ex-wrestler who made his restaurant chain, Benihana. He has a brother named Kevin and a sister named Kana. Aoki also has a half-sister who is an actress and model, Devon Aoki.

Aoki joined University of California, Santa Barbara and completed his studies achieving two B.A. degrees, one in sociology, and other in feminist studies. During his college days, Aoki produced the do-it-yourself record and organized underground concerts.

In the year 1996, Aoki made his own label, Dim Mak Records. Several kinds of music have been produced through The label has produced music for artists like Felix CArtal The Bloody Beetroots, Mustard Pimp, and MSTRKRFT, as well as The Kills, The Rakes, Scanners, Bloc Party, and Mystery Jets.

Steve collaborated with Blake Miller of the LA-based band to compose and produce remix songs.  Moreover, he has also been in various bands like The Machine Kills.

Steve Aoki was also a board member for MC5 bassist Michael Davis' Music Revolution Foundation in May 2006. It is a non-profit organization that provides music education in public schools.

Steve's debut mix album, Pillowface, and His Airplane Chronicles was released in 2008 Jan. Aoki composed Essential Mix that was aired on BBC Radio 1 on 2nd August 2008.

Steve has also teamed up with other producers and has released singles with Armand Van Helden of Duck Sauce, Laidback Luke, The Bloody Beetroots, Angger Dimas, Chris Lake, Tai, Tiesto, and Sidney Samson.

By attending a long tour, Aoki achieved a huge support from colleges. He is mostly recognized for his acrobatic crowd surfing stunts, spraying champagne bottles, throwing cake at fans and riding rafts on the dance floor.

In an average, Aoki performed about 250 shows a year and has recently begun touring with the production by bus. Steve has played in lesser-traveled regions. In 2009 he managed a show in Beijing, China, along with Diplo organized by the promoter, Split Works.

In 2012 July, he was added to the Pollstar Top 100 North American Tours in their 2012 Mid Year Report. The list also included Steve as the highest grossing artist in North America.

Later in 2010, March, Steve released 'Im in the house, teaming with Zuper Blahq. The song also peaked at number 29 in the UK Singles Chart in its first week of release which later entered the UK Dance Chart and the UK Indie Chart, reaching top five in each chart.

On 11 October 2013, Aoki worked with Linkin Park on the song titled 'A Light That Never Comes, that was included on the remix album titled Recharged, eighteen days later.

From 2011 to 2014 he had some other songs including in television shows, commercials, and film. The following year, Aoki's track 'Beat Down,' with Australian rapper Iggy Azalea, was used in a promotion for the reality show called Bad Girls All- Star Battle.

From 2013 to 2014, his creation 'Get me Outta Here' was used in a Scion commercial for the Sol Republic. His song Back to Earth, featuring Fall Out Boy, was used in the 2014 film Step Up: All In.

The first part of Aoki's two-part album, Neon Future I was released on 30 September 2014 and peaked at number one on Dance/Electronic Albums in the U.S.A. Whereas, the second album, Neon Future II, featured artists like Rivers Cuomo, and Snoop Lion, which reached at No. 32 on the Billboard 200.

In May of 2015, it was announced that Relativity Productions acquired the rights to distribute the documentary, I'll Sleep When I'm Dead in the U.S.A. Filmed during the making of his Neon Future double album, the film is rolled on Aoki and delves into his family history, music, lifestyle, and his business.

The movie was co-produced by David Gleb, and Matthew Weaver, who had worked together on the 2011 documentary, Jiro Dreams Of Sushi. In the series, Steve released a number of promotional singles leading up to the release of Neon Future II. The second track of the single, 'Darker Than Blood,' came out on 14 April 2015, featuring vocals from Linkin Park.

As per said by Aoki, the song was in progress since 2012. Later, Mike Shinoda rewrote Aoki's original lyrics to make it darker, whereas Shinoda thought Steve's lyrics was happy.

In 2015, tracks from Steve's tracks from the album Neon Future was featured for te science fiction thriller film The Hive. Aoki also served as an executive producer.

Steve Aoki has also made his appearances in several music videos, television, and video games. He has also starred in the video games NBA 2K8 and NBA 2K9 as a special celebrity player.

On 2012 Jan, he released his new tracks on Turntable.fm in conjunction with SOL REPUBLIC Headphones, which made him the first established artist.

Aoki has also made his appearance in an episode of The CW's new superhero series, Arrow on 20 March 2013, at 8 pm EST.

Steve Aoki is a married man. He is married to his longtime girlfriend, Tiernan Cowling, after five years of their engagement in 2015. His wife is an Australian model. The couple married in a small private ceremony in Maui in the presence of their families.

Since their marriage, they are having a good time together, and there is no any sign of their divorce or separation till date.

Steve Aoki earns a huge amount of money from his career as a record producer, DJ, electro house musician, and music executive, as he has featured in numerous songs collaborating with various popular artist.

The home was built during the financial crisis in 2008 and worth $12 million. Later the house was auctioned in 2014 and was sold for $3 million. Aoki didn't look at the interior, and he just bought the house, then when he checked under the hood he was shocked with a mess and remade the interiors.

He spent years and millions of dollars to remake the interiors and modern space design. The house included a big recording room, palette of cool grays and white, and curated art collection and a gym hall.

One of his most notable thing in the house is an inbuilt studio very unique in the world. As of 2017, Aoki's total net worth is estimated to be $ 55 million, well enough to maintain his luxury living style.