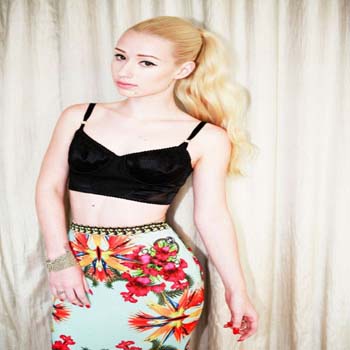 IGGY AZALEA was born in 7 June 1990 at Sydney, Australia. Her real name is Amethyst Amelia Kelly an Australian recording artist and model of New South Wales. She went to United States at the age 16. She first stayed in Miami, Florida and also stayed in various places of America in Houston, Texas and Georgia. Her father was a painter and comics artist and her mother was holiday cleaner. She started rapping at the age of 14. She wanted to move in America so she dropped out of high school and she started to work as hotel cleaner like her mother does. To fulfill her dreams of hip hop she decided to run out of home but she told her mother that she is going on a holiday with a friend and stayed there.

Musical  career
For the first time when she came to United States her residence was in Miami, Florida. She also stayed in Atlanta, Georgia for few years working with Dungeon Family named Backbone. She said those others rappers would laugh at her because her raps were not so good and it sucked but she was able to shrug it off. After meeting with a guy from Inters cope Records she got full support and encouragement moving to Los Angeles so she decided shifting to Los Angeles in 2010 at the time of summer. After the release of her music videos like  “Two Times”, the video went successfully and viral in YouTube and she were recognized. Her genre of music is hip hop and electronic dance. Again she released her first full length project after the success of music video which was a mixtape titled Ignorant Art with the ideas of redefining old ideals and that mixtape also included her song featuring with YG, Joe Moses, Chevy Jones and Problem. She released another music video “My World”, which was directed by Alex/2tone which features a cameo appearance from character actor and former wrestler Tiny Lister which earned her much more attention on video due to its rising popularity in online. While working on her upcoming singles and The New Classic which was announced to be released in summer of 2013 she was the opening act for Rita Ora’s radioactive tour in which she performed in United Kingdom. Her debut studio album in which the lead single was premiered as “Work”.
Personal life
She was dating American rapper A$AP Rocky in late 2011 whom she had met through American record producer Chase N. Cashe. The vibe magazine confirmed that they were dating in 2012 January 2012 in an interview with her. She also tattooed on her finger but in 2012 July they were no longer in relationship and not dating with each other and later on she crossed out the tattoo. Now she is with American Los Angeles Lakers basketball player Nick Young from November 2013 till now. Her annual net worth is $ 500 thousand.