He is 59 years old as of 2021 and stands 6 feet or 183 cm tall in height. Besides this, information regarding his family, siblings, and education is not available at the moment.

The German-born voice actor began his professional career in 1985. In the late-1990s, he worked as a visual effects artist in Tippett Studio for films like Starship Troopers, Armageddon, Virus, Komodo, My Favorite Martian, and many more.

Stephen then starred in films like Pink Five Strikes Back, Sith Apprentice, Return of Pink Five, Imagine That, Secretariat, Yogi Bear, Superman vs. The Elite, Looper, The Reef 2: High Tide, and many more. 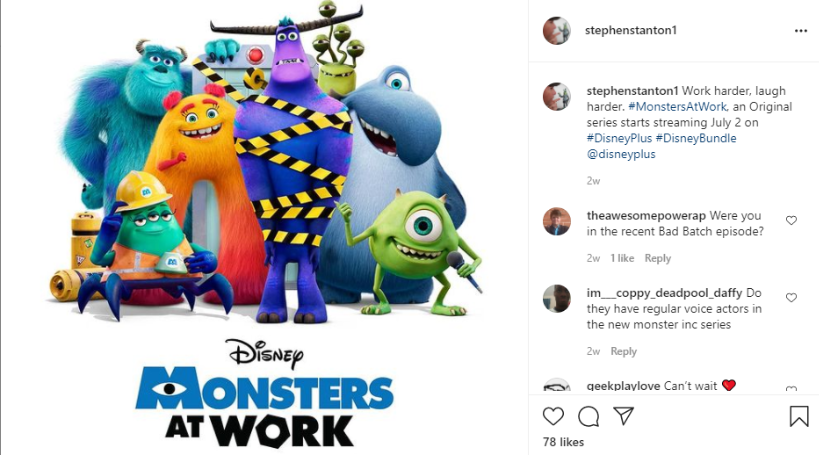 In a similar way, he made his television debut voicing various characters in the adult animated stop motion comedy TV series Robot Chicken from 2005 to 2015.

Similarly, from 2010 to 2020, Stanton voiced Wilhuff  Tarkin, Moralo Eval, Meebur Gascon, and others in Star Wars: The Clone Wars.

As of 2021, he voices Admiral Tarkin/ Various voices in the animated series Star Wars: The Bad Batch, Smitty/Needleman in Monsters at Work, and Pete Puma in Looney Tunes Cartoons.

Although Stephen has not revealed his exact net worth, some online sources estimated his fortune at around $1.5 million as of 2021.

The Monsters at Work star is quite private when it comes to his personal life. He rarely talks about his relationship status and family in the public.

Similarly, most of his posts are about his work and friends. He likes to promote animation as well as let his fans know more about his new project via his Instagram. 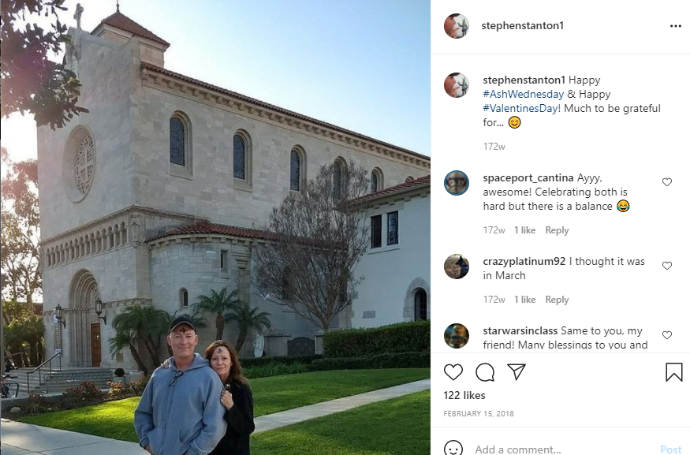 CAPTION: Stanton posted a picture of him and a woman wishing her a Happy Valentines SOURCE: Instagram @stephenstanton1

Who is Stephen Dating?

Back in 2018, Stephen posted a photo of him and a woman captioned "Happy #AshWednesday & Happy #ValentinesDay Much to be grateful for.." giving clear hints about his relationship.

However, the identity of the woman was never revealed, and as there are no recent updates about his love life, his relationship status is mysterious as of 2022.