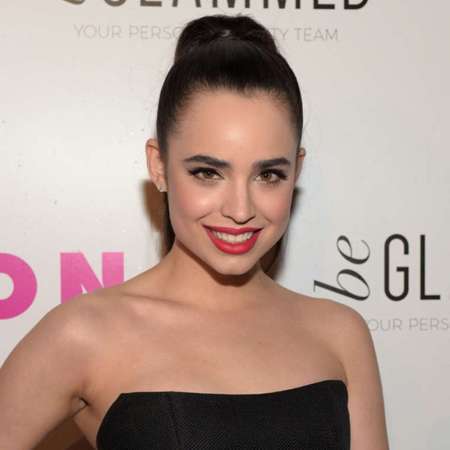 Famously known for her appearance on the Disney Channel's TV series, Austin & Ally has also worked in MTV's romantic comedy TV series, Faking It. She then worked in several movies and TV series from where she has been nominated for several awards. Besides, she is also involved in singing. She released several singles which earns a huge appreciation.

Sofía Carson was born as Sofia Daccarett Char on April 10, 1993, in Ft. Lauderdale, Florida under the birth sign Aries. Sofia comes from a Columbian ancestry. She is of American nationality.

Her father José F. Daccarett and mother Laura Char Carson had moved to Florida from Colombia. Sofia spent most of her childhood lavishly in Florida along with her sister named Paulina Char. Sofia’s mother, Laura Carson is related to the popular Char family of Colombian politicians.

Carson was always interested in acting and singing since childhood. Her parents were always enthusiastic to support her and hone her abilities. At the tender age of three, Sofia was put up for her dance training.

11 MILLION. It’s taken me some time to post about this....No photo, no video, nothing ever felt special enough. Nothing captured the overwhelming emotions that were running through my heart. Until last night. My mom and sister sent me these videos while I was in the middle of rehearsals; I watched them, and suddenly the biggest smile inched across my face. As I watched the videos, I saw the little girl who used to dress up, put bandannas on her head, sing and dance across her living room floor with such confidence & such certainty. Certain that this is exactly what she was meant to do with her life. Certain that this wasn’t just something she loved, it was who she was. I remember the little girl who dreamt the wildest dreams, the little girl who danced for hours on end, who wrote countless songs, the little girl who never stopped because she couldn’t stop. Because her dream was her everything. And she would never stop until it came true. To the little girl I left behind, I promise to carry you with me wherever I go♥? So (as I hold back tears and take a deep breath) I just wanted to say THANK YOU. From the bottom of my heart. Because never in my wildest of wild dreams did I ever imagine I would be here, with 11 million of you who have chosen to be on this journey with me. Who allow me to share my heart with you. And who in return give me all the love in the world. I am the luckiest girl in the world. I love you. Thank you.

Since then she has been training in ballet, pointe, jazz, musical theatre dance, hip-hop, and flamenco, modern, contemporary and tap. Carson made her debut in theater in 2001 musical production as Dorothy from the “Wizard of Oz” at the Riviera Theatre in Miami. Since 2006, Sofia has commenced cla s sical vocal training. She joined St, Hugh School and later graduated from Miami’s Carrollton School.

A year later, Carson was accepted into the University of Miami’s Musical Theatre Summer Intensive. While there Sofia trained in dance and vocal performance also and went on to perform in multiple musicals throughout the summer.

Sofia Carson made her debut on television as a guest star on the Disney Channel show titled Austin & Ally as character Chelsea. The series starred Ross Lynch, Laura Marano, and Raini Rodriguez. She went on to grab the recurring role of Soleil on MTV’s Faking It.

Sofia then appeared as character Evie in the Disney Channel Original Movie, Disney's Descendants in July 2015. She has been cast in the co-lead role in Disney’s upcoming movie, Further Adventures in Babysitting.

It is set to premiere in 2016. Sofia has also been signed to BMI as a singer/songwriter. She has also been inducted on the list of Hollywood Records artists.

Later, she released several songs that made an impressive impact.

Sofia Carson has competed in numerous competitions like Star Power, Onstage, and Hall of Fame, where she went on to win top performance awards for dance, vocal performance, musical theatre as well as acting and First Place Award for both group and solo performance, Critics Choice Award, Triple Threat Award, and Broadway Diva Award among many others.

Sofia Carson's net worth is $6 million as of 2018 as per Celebrity Net Worth. She earns a good amount from her both an acting and singing career. According to some online sources, a TV star makes an average salary that ranges from $150k to $1 million.

Besides, she owns a house in Los Angles and also her own car.

At present, Sofia Carson is not married and has no children. She is too focused on making good music and kicking up her acting career a notch. Sofia is reluctant in speaking about her dating history in front of the media and the public. The media knows very little about her personal affairs and boyfriend.

Carson is not usually seen on romantic dates with men. Rather, she is seen goofing around with her friends. There have been rumors that she had secretly been dating one of her co-stars. However, the rumor has never been cleaned up.

Furthermore, she was linked to Cameron Boyce in 2015 as they were spotted together at several places together due to which her fans speculated that Boyce might be her boyfriend. Later, she was rumored to have an affair with Booboo Stewart, Thomas Law, and Nolan Gerard Funk.

Sofia has never denied the rumor nor accepted it. Carson has not made plans regarding her marriage and kids. She is very focused on her work and training thus has very little time for dates and relationships.

More about the talented and lovely, Sofia Carson can be found on numerous social media sites. As of 2019, her Instagram account has over 11.9 million.

Besides, she is very close to Sabrina Carpenter from Further Adventures in Babysitting.

Sofia Carson stands at a height of 5 feet 7 inches. She has a charming personality, a perfect figure, and a structured face. Her singing, as well as her acting skills, attracts many of her audience.  Moreover, her weight is 51 and has a body measurement of 33-24-36 inches.

Check out the facts about Sofia Carson: