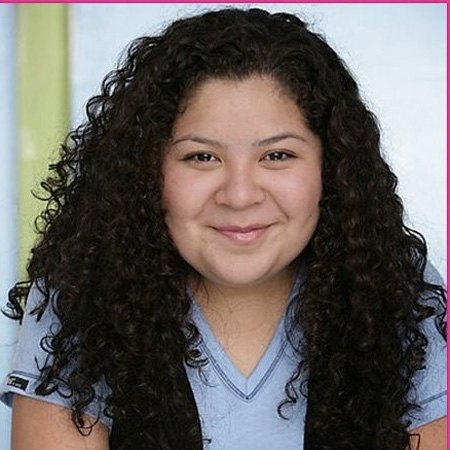 Raini Rodriguez is an American singer and actress, well known for her roles as Trish in the Disney series called  Austin & Ally and Maya Blart in the film Paul Blart Cop.

Raini Rodriguez was born on 1st July 1993 in Bryan, Texas, U.S.A. Raini has three brothers along with her, Rose Rodriguez, an actor, Ray and Roy Jr. She was born to Roy Rodriguez and Diane.

Rodriguez's father had his business called Rodriguez Tire Service. Raini was first caught at an IMTA showcase, by a California talent agent Susan Osser. After looking at Raini's performance, Susan encouraged her mother that Osser will be working as a manager for Raini and move to California to grab opportunities for her career.

At her age of eleven, her mother agreed for Raini's future career. So, Raini along with her brother, Rico shifted to Los Angeles with their mother, but their father stayed in Texas to run the business.

Rodriguez and her brother were homeschooled to support their career.

Raini's career began in 2006, when she made her debut appearance on the television series Huff, portraying as Denise.

After the series, Rodriguez came into the limelight; she began appearing on numerous television series including, Handy Mandy in 2007, Family of the Year, Growing Up and Down, True Jackson in 2011, and Mutt & Stuff.

She has also made her appearance in numerous movies including Parker, Babysitters Beware, Slice of Water, Prom, Gordita, Girl in Progress, Bob's Broken Sleigh.

Additionally, Raini has been awarded the Best Young Actress/Television by Imagen Awards for her efforts on Austin & Ally.

Currently, Raini is rumored to be dating a Canadian actor, Calum Worthy. The couple was rumored to have dated one another since 2012. However, no confirmed news has been published about their relationship.

Previously, Rodriguez was in an affair with an American actor, William Brent, they began dating from 1 December 2013, and ended shortly after fifteen days.

Raini Rodriguez earns a decent amount of money from her acting career as she has made appearances in various movies and television series which adds up to her total net worth that is estimated to be $ 400 thousand.