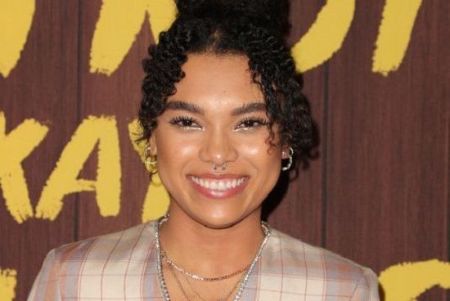 Sofia Bryant is an American actress famous as Yesha Dargis in The Good Wife and Dina in I Am Not Okay with This. Also, she is known for her appearance in Blue Bloods, Suspicion, and The Code.

Wiki-Bio: How Old Is Sofia Bryant?

Sofia Bryant was born on December 27, 1999, un New York City, NY, the United States. She holds American-Finnish nationality and belongs to mixed ethnicity. As of May 2022, her age is 22 and she stands at an average height of 5 feet 8-inch or 173 cm tall.

The details regarding her parents are not available and it is also not known that she has any siblings. Also, her educational backgrounds are missing.

How Did Sofia Bryant Start Acting? What Are Her Movies & TV Shows?

Sofia was 12 years old when she discovered her love for the performing arts. Since then, she has continued her professional training with musical theater at a conservatory-style theater company in New York City.

Before making her television debut, Bryant made her started her career appearing in numerous commercials and print campaigns. Finally, in 2015, she debuted as Sandra (voice) in the English version of Spanish animated drama-horror coming-of-age film Birdboy: The Forgotten Children.

In 2020, Bryant portrayed Dina on the Netflix's series I Am Not Okay with This along with Sophia Lillis, Wyatt Oleff, Kathleen Rose Perkins, Zachary S. Williams, and Richard Ellis. Her other acting credits are Mark, Mary & Some Other People, The Girl in the Woods, 27 Candles, and Never Better. As of now, she completed her shooting for the upcoming film Little Dixie where she would portray the role of Nell Alexander.

Active in the film industry since 2015, The Good Wife's alum has a total of 2 self credits and 11 credits under her name as of IMDb.

The actress helself has not revealed about her net worth. As per some online sites, Sofa Bryant has an estimated net worth of $500,000 in May 2022.

When it comes to Sofia Bryant's personal life, she is a very quiet person. She has always lived a low key life. It is not clear whether she is single or dating at the moment.

Neither Sofia has talked about anyone in her interviews nor she is spotted with anyone in any events or public.